Behind the Headlines – What’s the deal with the gas deal?

Since May, thousands of Israelis have taken to the streets to protest what they are calling “the gas robbery”: the government deal with multinational Noble Energy and the Israeli Delek Group which protesters claim monopolises the companies’ control of Israel’s natural gas. In this podcast, NIF’s Kalela Lancaster speaks to Alon Visser, one of the leaders of the protests, about how they are linked to the social protests of 2011 and how the gas deal has become a big issue for Israeli democracy.

Scroll down for the accompanying infographic.

Alon Visser is a student at Ben Gurion University, studying for his BSc in Biology and Psychology. He is the Secretary of the Beer Sheva Labour Students association, and is the lead organiser of protests in Be’ersheva against the gas Framework Deal. 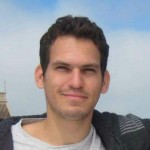