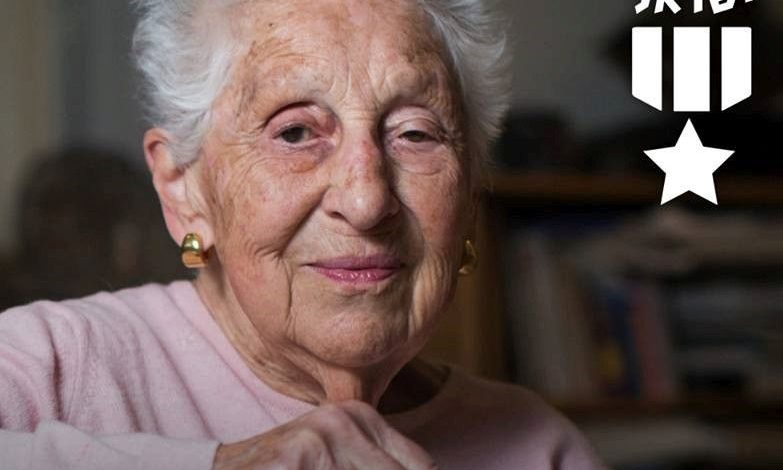 Professor Alice Shalvi is an internationally recognised educator, academician, and advocate of women’s rights. But that description hardly does her justice.

We were delighted to host her in London last week, following her recent appointment to the NIF International Board. Alice has had a long involvement with NIF and on her relationship with NIF Alice said “It’s not that I owe a personal debt to the New Israel Fund, it’s that Israel owes a debt to the New Israel Fund. For truth, for social justice, the NIF has been a tremendous force”.

Alice has played a major role in building Israel’s progressive civil society sector. She founded Pelech, an innovative and groundbreaking experimental high school for religious girls, and created a highly respected model for liberal religious education. She founded the Ohalim movement of neighborhood associations. And she was the founding Chairwoman of the Israel Women’s Network — the leading organization dedicated to advancing the status of women. There, she worked do develop a program to combat discrimination against women in Israel, and to shine a bright light on the contributions women have made in every sector of Israeli society. She founded the International Coalition for Agunah Rights. And she served as the rector of the Schechter Institute for Jewish studies.

For all of this, and for her countless other contributions to Israeli society, Alice has been awarded, well, most of the awards a person can get, including the President’s Award, the Association for Civil Rights in Israel’s Emile Grunzweig Prize, and, of course, NIF’s Israel Women’s Leadership award, which is now named after her. In short, Alice is one of the most prominent and powerful voices in Israel, speaking out to promote feminism, activism, and justice. She represents the best face not only of Israel, but of humanity itself.

Alice fled Nazi Germany for Britain as a child before moving to Israel. She recently topped a Jewish News Aliyah 100 list charting the contribution of Brits who have made aliyah.

We are incredibly honoured to count Alice Shalvi as one of our leaders and incredibly indebted to her for all she has done for Israel and the causes and values we hold dear.