Change Is In The Air 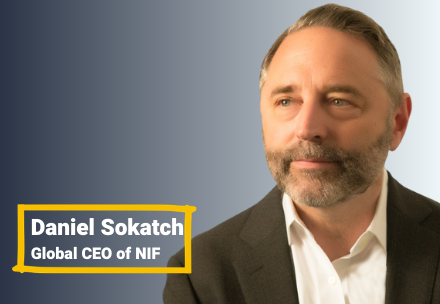 Last week a new President and Vice President are being inaugurated in Washington, D.C. Just two weeks ago, a mob of domestic terrorists attacked the United States Capitol building — and the very foundation of American democracy. It was a terrible and perhaps inevitable coda to a terrible four years of democratic recession. But today, the Capitol is the backdrop for one of the most enduring and powerful symbols of democracy in the world: the peaceful transition of power.

Our values, vision, and institutions have been badly battered, but they are not broken.

In the words of the extraordinary 22 year-old youth poet laureate, Amanda Gorman — our youngest ever inaugural poet:

“We’ve seen a force that would shatter our nation rather than share it,
Would destroy our country if it meant delaying democracy.
And this effort very nearly succeeded.
But while democracy can be periodically delayed,
It can never be permanently defeated.
In this truth, in this faith, we trust.
For while we have our eyes on the future,
history has its eyes on us.”

From their very first day in office, President Joe Biden and Vice President Kamala Harris will face extraordinary tests of leadership: crushing a virus that has claimed 400,000 American lives, providing relief for the millions of Americans who have lost jobs and loved ones, confronting the twin specters of racial inequity and white supremacy, combating a climate crisis and restoring the meaning of the oath they swore today to protect and defend the Constitution of the United States.

A terrible and traumatic era has come to a grinding end. And once again, we feel the hope that better days are coming.

This year, the pomp and circumstance that attends a presidential inauguration carries new symbolism. It is a reaffirmation of American democracy which was tested and tried in countless ways over the last four years. I am hopeful that today’s proceedings will represent not simply a change in leadership, but auger a new era of democratic revitalization. And it feels particularly moving to watch the first woman of color be sworn in as Vice President by the first Latina Supreme Court Justice, Sonya Sotomayor.

These past four years witnessed a great struggle over the very meaning of “American values” and what they stand for here at home and in the world. That struggle stretches back to the very beginning of the American experiment. It is a fight between a vision of an America that is inward looking, exclusionary, and bound up in the false promise of white supremacy — and one that is embracing, inclusive, and committed to the promise of equality to all. Today’s ceremony celebrates that latter vision: an America committed to repairing the sins of our founding: the great injustices of slavery, Jim Crow, and their enduring legacy of systemic racism.

These past four years, we’ve stood proudly among the ranks of those who pushed back against and resisted the encroachment of the meaner and narrower vision for America’s future. It is so appropriate that Inauguration Day falls just two days after Martin Luther King Jr. Day. The new administration — and indeed all Americans — are called today to honor his legacy and continue his work. We can take inspiration and comfort from the Reverend’s words: “The arc of the moral universe is long, but it bends towards justice.”

And this American morning is a truly global event. All day, my friends and colleagues in Israel and around the world have been writing, texting, and calling me to share in the celebration. Today is almost as powerful for them as it is for us here at home. They understand what the vision we recommit ourselves to today means for the future they are trying to build — a future defined by equality and democracy in Israel for all of its citizens and for all who live under Israel’s control.

But it also has profound implications for our work in Israel. For NIF and for our progressive civil society sector in Israel, having leaders in the White House who share our values, who respect our work, and who have our back is, quite simply, invaluable.

In Israel, too, there is a struggle between two visions for the future. One of those visions is embodied by the promise of Israel’s Proclamation of Independence: that Israel must be a homeland and place of refuge for the Jewish people and a country that offers complete equality to all of its citizens. That document, inspired by the American Declaration of Independence, also advances an inclusive vision for what the country can and should be. This vision is our guiding light and moral north. And its realization depends on the idea of full civic equality and Arab-Jewish partnership.

There is of course a competing vision, dominant in recent years, which sees Israel as a country where the rights and position of Jewish citizens of the state must be placed above those of all others, where Jews are the only rightful owners of the country and the land. The proponents of this vision work to enshrine discrimination against Israel’s Palestinian citizens in Israel’s Basic Laws. They envision a future of perpetual occupation, domination, and even annexation in the West Bank. They sustain power by dividing citizen against citizen.

Now Israel is in the crucible of yet another election cycle–its fourth in just two years. It is a ground-hog’s day contest in which Prime Minister Benjamin Netanyahu will try again to retain his hold on power and deliver for himself a much-sought-after immunity from prosecution for the serious crimes of corruption he was indicted for last year.

For those of us who are devoted to working for democracy and equality in America and Israel, it’s clear that in both of the countries we care about so deeply, the struggle for justice continues. The challenges of the past years have tested the strength of our democratic institutions to their breaking point. Yet democracy has prevailed.

The work of the New Israel Fund is to ensure that democracy continues to prevail.

In his inaugural address, President Joe Biden said something that reminded me of the kind of thing my father used to tell me:

“Here’s the thing about life. There’s no accounting for what fate will deal you. Some days you need a hand. On other days, we’re called on to lend a hand. That’s how it has to be. That’s what we do for one another.”

Hearing the President speak these words had particular resonance for me as I thought of our global NIF community, the work we do, and the partnership we embody. In the coming months and years, when things get tough, as they inevitably will, I will remember them.

I hope you will, too.