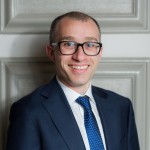 sh ‘nation-state’ bill has been making headlines in both Israel and the UK in the last week. The bill, in its various forms, has the potential to fundamentally alter Israel’s dual essence as a Jewish homeland and a democracy, as enshrined in the Declaration of Independence. The bill also has the potential to impact Israel’s relationship with Jewish communities and its supporters.

NIF and our partners have been working for many years to thwart proposals. Although superficially a law declaring Israel to be the nation-state of the Jewish people should seem uncontroversial, Israel was founded to be more than a homeland of the Jewish people and it cannot and must not alight the rights of citizens with being Jewish and change the nature of the State of Israel.

NIF and SHATIL, together with the Association for Civil Rights in Israel and the Israel Democracy Institute have been leading a multi-pronged campaign both to influence decision makers and to mobilise public opinion. We are encouraging those from across Israeli society to speak out. There is also a role for us in the UK to make our concerns felt. We encourage all those who care passionately about a Jewish AND democratic state to use their online and offline platforms to speak out against this bill. We know that the diaspora can make a difference if we speak with a loud enough voice.

Click here to read more from the Jewish Chronicle and from the Times of Israel.