Democratic norms and human rights in Israel are under unprecedented scrutiny and pressure. We have seen in the last few years a concerted legislative effort to limit minority rights, weaken the Supreme Court and limit freedom of speech. At the same time we are witnessing attacks on the free press and attempts to delegitimise, threaten and defund human rights and civil society organisations. This year also marks 50 years since 1967. We continue to see violations of human rights, expansions of settlements and even attempts to annex parts of the West Bank and erode the possibilities for a two-state solution.

In response to the urgency and severity of the situation, we are turning to the British Jewish community to help us to build a substantial fund to support organisations defending human rights in Israel.

Funds raised will support four initiatives; two that tackle the most pressing human rights issues of the moment; and two that promote democratic freedoms.

Update – Donations to the Fund are now being matched for up to £50,000. Make a special donation today so that your contribution can go twice as far!

B’Tselem, the Israeli Information Center for Human Rights in the Occupied Palestinian Territories (OPT), is the leading voice in Israel against the occupation. As we enter the 50th year of the occupation, B’Tselem has taken the decision that to challenge injustice, business cannot go on as usual. In doing so, B’Tselem has sparked some of the most visible, thought-provoking public discussions and heated debates within Israeli society – ensuring that the Israeli public are not hidden from the realities and consequences of the occupation. 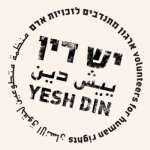 Yesh Din works for long term improvement to human rights in the OPT. Its name translates as ‘there is justice’ which reflects the organisation’s belief that equitable application of local and international law is an important component in upholding human rights.

Yesh Din’s activities focus on the extent of Israel’s implementation of its duty to protect the Palestinian civilians living under occupation. These include: criminal accountability of Israeli civilians and members of the Israeli security forces in the West Bank, and human rights violations related to takeover of Palestinian lands. Yesh Din’s main tools are legal but it also publishes research and raises Israeli public awareness.

The HRDF was founded in 2011 to provide legal funding to defenders of human rights who face legal proceedings taken against them because of their activism. The Fund was founded on the backdrop of violations of the rights of human rights activists in Israel and the OPT who employ peaceful means to protest various violations committed by authorities. HRDF believes that human rights defenders should be protected so they are free to carry out their peaceful and legitimate work to promote human rights, democracy and the rule of law without fear of attack and harassment by the authorities.

+ Speaking Up For Democracy 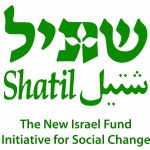 Shatil – NIF’s action arm – is leading a network of 100 top activists, representing 50 diverse organisations who are working together to diversify the voices speaking out and acting on behalf of democratic values. Those represented work in a range of fields; human rights, transparency, social justice, religious pluralism, and women’s rights. The network serves as a platform for organisations to work together on ad-hoc initiatives and to share information and strategies.

The network’s primary objective is to improve public belief in democracy by raising public awareness and by strengthening public involvement in democratic processes. The network is driven by Shatil and a core ‘partner’ group including ACRI, the Israel Democracy Institute and the Abraham Fund.