From Noam Arik, Our Communications and Digital Manager 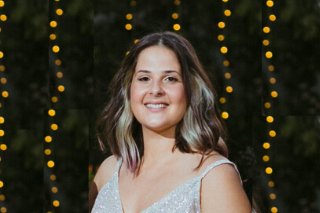 As we celebrated international women’s day this week, I am honoured and proud to be part of NIF’s community and take a stand for women’s rights. NIF is committed to a vision of Israel that is democratic and equal, where every voice is heard and equal opportunity is afforded to everyone.

In recent times, particularly important has been our work to stand up to the growing trend of violence against women, a phenomenon that is affecting women across Israeli society – whether Orthodox or not, Jewish or Palestinian, Mizrachi or Ashkenazi. NIF grantee Kayan ran an international Campaign of Activism against Gender-Based Violence, in conjunction with a coalition of Arab human rights and feminist organizations. During the campaign, the coalition conducted dozens of awareness workshops and rallies in Arab towns and villages over the course of 16 days with a clear and unified message of freedom and dignity for all women. We also funded Israel’s largest-ever women’s protests against violence mobilising 30,000 people to protest the rise in violence against women.

Hearing about the work of Meital Cohen and the other women activists who are making their case in front of ministers, government officials and the wider public so that the issue of public housing scarcity and specifically the struggles faced by single mothers are heard and addressed makes me proud. Proud because they have been trained up by our colleagues at Shatil and through our Public Housing Forum they are making real changes to the status quo ensuring that thousands more women now have access to public housing in Israel.

Equally, when women like Alice Shalvi, renowned educator and activist says things like: “There is no civil society organisation in Israel that does not owe a debt of gratitude to the New Israel Fund” I am honoured and proud. This is the work that thanks to the incredible support of our community here in the UK, we are achieving together in Israel.

With your support, we will continue to ensure that from the high echelons of government to the public sphere, everyone’s rights are heard and everyone is treated equally and with dignity.

Thank you for supporting NIF so that women in Israel can be seen and heard, as they deserve.