Combating the Erasure of Women by Religious Extremists 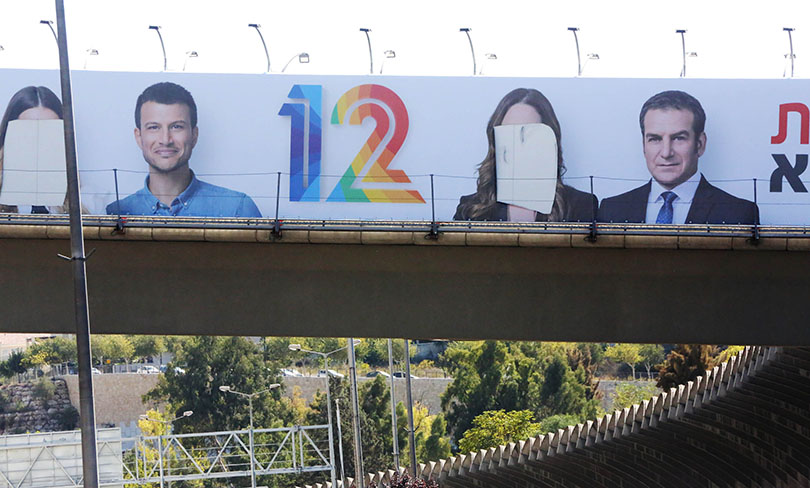 The Jerusalem District Court has ordered the Jerusalem Municipality to hire inspectors to handle widespread incidents of ultra-Orthodox Jews defacing of billboards depicting images of women. Judge Shirley Renner also ordered the municipality to meet with the local police department and form a plan within three months to combat such vandalism.

For years, religious vandalism scratching out or painting over women’s faces — on billboards, bus ads, and street posters — has been a fact of Jerusalem’s urban landscape. IRAC filed its petition in July after the face of 95-year-old Holocaust survivor Peggy Parnass was defaced with spray paint for the third time outside Jerusalem City Hall, where it was on display as part of an exhibit that told the stories of 400 survivors of the Nazi atrocities during World War II.

IRAC Director Adv. Orly Erez-Likhovski and Legal Department Director Adv. Ori Narov said, “The court made clear today — in a way that cannot be misinterpreted — the severity of the phenomenon of destroying the images of women in the public space. The court also insisted on the duty of the Jerusalem Municipality to resolutely deal with this abhorrent phenomenon. At IRAC we will continue to monitor the situation to ensure that the Municipality takes the words of the judge to heart and acts to make the public space in Jerusalem into a space that gives equality and respect to women.”

Jerusalem Municipality said, “As part of our work programs for 2022 we will continue to connect security cameras to the entire city. The cameras will assist in increasing the feelings of personal security and enforcing various violations of public order which is under the municipality’s authority. To this end, we will put together budgets and regulations in order to set up a unit which will be charged with operating the cameras and implementing enforcement and cooperation with the other security forces operating in the city.”

Sign up for our newsletter to hear more about NIF’s work.