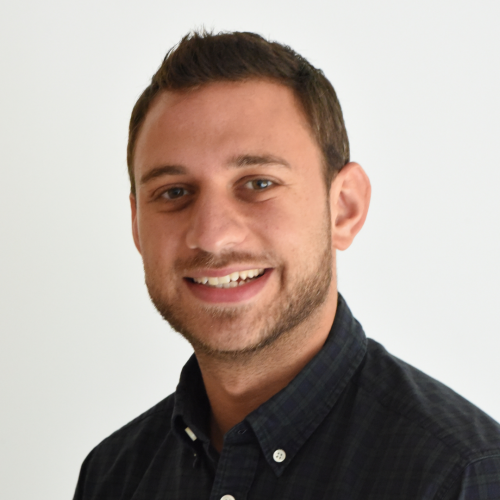 For twenty years between 1998 and 2018 I was fortunate to be in Israel two or three times a year. One of the hardest parts of the pandemic has been the distance from the people and places that matter so much to me – and I know mean so much to all of you. I am grateful that after nearly four years away, I recently returned from an important and informative three weeks in Israel and the first in-person NIF International Board meeting since early 2020.

Three weeks, meeting over one hundred colleagues and leaders, time in Tel Aviv, Jaffa, Haifa, Jerusalem, Hebron and Ramallah, and learning with and from inspiring Israelis and Palestinians, demonstrated that whilst governments change, the work and impact of Israeli civil society endures.

During the Board meeting NIF approved the first round of grants newly organised by programmes with significant, strategic and more clearly defined aspirations, particularly in the areas of strengthening democracy through community organising and policy development; educating thousands more Israelis to shift understanding of and attitudes towards the Occupation; and developing leaders and capacity within Palestinian civil society to enable more equitable and genuine Arab-Jewish partnership.

We learned from leaders and activists working on gender equality and seeking to build shared cities in currently mixed cities. Anshel Pfeffer offered a sometimes despairing and sometimes amusing assessment of yet another round of upcoming elections.

We came together tocelebrate Shatil’s 40thanniversary. Shatil are NIF’s capacity building programme, developing organisations and nurturing talented leaders. Shatil build coalitions to deliver greater impact than any one organisation can achieve alone. You can see some of the stories and people we celebrated here(the site may take a while to load).

A new generation of Palestinian leaders

I had the opportunity to spend a day in Ramallah with impressive Palestinian leaders, including younger entrepreneurs and veterans of the PA who shared their views on the deteriorating viability of the two-state solution.There were infuriating examples of unnecessary hardship for Palestinians, including Israeli obstruction impacting PA banking and commercial interests – not security objections – delaying the roll out of a 4G network in the West Bank.

Two young entrepreneurs we met have decided to live, work, and raise families in Palestine, despite having siblings who have availed themselves of the opportunities their other passports offer. Through their work with NGOs, a new generation of activists and their business ventures these two examples of a wider trend offer hope that a new generation can combine a more assertive Palestinian identity, demanding more from their leaders and Israeli authorities, and delivering better lives and greater opportunities for their families and friends.

Later on the trip, as part of our time with the Association for Civil Rights in Israel [ACRI] one of their team members, ThawraAbukhdeir, welcomed us with her family in Shuafat. Their family have had three buildings demolished as part of ongoing discrimination in East Jerusalem. Hearing their current struggles and previous pain – Mohammed Abu Khedir was their cousin and nephew – was moving and humbling. Thawra earlier in the day challenged the US Ambassador to Israel to ensure officials are talking with Palestinians and not only about Palestinians. During our time together Thawra remained optimistic and determined to support the work of ACRI through representing the people impacted daily by dispossession and disadvantage. It was a reminder that often those most harmed by the Occupation are also those most committed to working together with Israelis to tackle injustice.

When visiting Shatil’s office in Haifa, our group heard from Fida, our Director of Shared Society, her team, and Tamer, a former English teacher, now activist, currently advancing Arabic in the public sphere with Sikkuy-Aufoq. Tamer is a graduate of a Shatil programme developing capacity for civil society within Palestinian communities in Israel. Tamer impressed and inspired our group with passion, insight and resolve to work towards more equitable representation for his community and a brighter and fairer future for all his generation in Israel.

Thawra, Tamer and the two Palestinians we met in Ramallah provide a powerful antidote to the reductive discussion of Palestinians among many supporters of Israel and the rejectionist attitudes of supposed supporters of Palestine. This new generation, including thousands from East Jerusalem now attending the Hebrew University, compared to dozens only a decade ago, will be more enabled and empowered to influence and improve their communities and Israeli society for the benefit of all communities living there.

As former Prime Minister Naftali Bennett said during a visit to the UK, “We acknowledge that the right-wing doesn’t have a monopoly on patriotism, nor the left-wing on civil and human rights”. I was reminded of this sentiment during time in Jerusalem and Haifa, and meetings with ACRI, Shatil, Sikkuy-Aufoq and Adalah.

ACRI – who celebrate their 50th anniversary this year – defend civil rights for everyone – even Yigal Amir’s right to marry in Prison or settlers from police brutality. When Noa, their Executive Director highlighted this, it emphasised the value of our work to uphold rights and equality for all. Sadly those who engage in partisan attacks on NIF and our grantees don’t recognise that they are ultimately undermining their own rights.

A personally resonating moment came on a tour with ACRI in the Supreme Court. I very briefly got to speak with and wish strength and luck to brave LGBT activists. Supported by Israel Hofsheet – Be Free Israel, they successfully defeated attempts to cancel a Pride parade in Mitzpe Ramon.

Catching up again with Achiya and Ori from FakeReporter also highlighted the vital role our grantees play protecting all living in Israel. They expose fake accounts and social media whether it seeks to generate support for left-wing or right-wing politicians. Their work featured by the British press has included exposing Iranian attempts to inflame tensions between Jewish and Arab communities and flaws in the Strava app that endangered Israeli soldiers.

Israeli civil society groups, whether supporting petitions at the Israeli Supreme Court, or countering misinformation, incitement and unfettered Government or Corporate power are protecting their country and the people living there from all backgrounds.

I joined the US NIF staff study tour to Hebron, guided by Breaking the Silence and spending time with a family in Susiya. We saw separation enforced on thousands of Palestinians due to the presence of 600 hundred settlers. We experienced a glimpse of border police, soldier and settler intimidation. We heard harrowing examples of the inaccessibility of basic provisions such as water and electricity facing Palestinian villages throughout the South Hebron Hills.

This is Area C, where in the same time as 20,532 building permits have been granted for Israelis, just 75 permits have been granted for Palestinians; where a Palestinian child engaged in protesting or throwing rocks can face arrest without the presence of an adult and detention without trial, yet an Israeli child ripping up trees or harassing Israeli soldiers or Palestinian farmers will face due process and a civil criminal system; where dozens of outposts Israel considers illegal have been connected to water and electricity, whilst thousands of Palestinians live without either.

There is an ongoing conflict and Israel has legitimate security needs that render a total withdrawal from the West Bank improbable soon. The conflict and security do not explain or excuse the ongoing control of millions of Palestinians and reticence to confront unlawful and violent behaviour from Israeli settlers throughout the West Bank.

Ending with humour and hope

I listened, learned, and laughed with former HRAD winner Samah Salaime, as I spent time with her in Wahat al-Salam – Neve Shalom where she is now Director of their Communications & Development. Samah shared with emotion and humour the challenges facing all women, Palestinian women, and Arab and Jewish communities striving for a shared society. In the spirit of sharing some lighter moments and laughter,please see this on Noam Shuster who grew up in the Village.

The Challenges facing Israel are daunting but not insurmountable. Advancing Arab-Jewish partnership, Defending Democracy and Human Rights, and improving Israel for all communities living there can be hard and trying at times, with seemingly constant political instability and entrenching violence and hate.

During my three weeks in Israel I once again connected with passionate people leading powerful projects that are tackling society wide injustice whilst making a difference right now, a difference to women, to LGBT people, to refugees; for Arabs and Jews; and with Orthodox, Progressive and Secular communities.

Achiya, Fida, Noa, Ori, Samah, Tamer, Thawra and many more inspiring Israelis and Palestinians I met in just three weeks hold on to hope and handle their challenges with humour and grace. However tempting it is to disengage or feel disheartened, we must continue to support Israel by supporting the people and projects striving for a fair and just future for all living in Israel.

“To be the lone Arab at an overwhelmingly Jewish table demands another role too, because in certain situations you find yourself the sole, exclusive representative of Arab society, the Palestinian people and the Arab nation. You’re called on to grapple with the institutional blindness that’s built into the majority, a reality which leads it to make decisions that entirely ignore Arab society or its real needs. At other times the opposite situation is true, and you’re required to came out with statements that challenge the identity and interests of the group that you represent.”

These are the words of Amal Oraby, 100 days in to the newly created role of Arabic Communications Co-ordinator, with our colleagues in Israel. You can read a full translation of the piece Amal sent in Hebrew to NIF Israel’s supporter community.

I had the privillege and pleasure of spending time with Amal in Israel and hope here in the UK we’ll find many more opportunities to hear directly from our Palestinian colleagues.