The Covid-19 crisis has unearthed a public desire for Jewish-Arab reconciliation expressed through an outpouring of support for frontline workers, many of whom are Arab. NIF is building on this shift in public sentiment to drive forward our long terms goals: prioritising shared public spaces, combating acts of racism and building the foundations for Jewish-Arab joint leadership.

When we understand that Israel is the home for all of us, and that there is room for everyone, we can build genuine partnerships based on mutual respect and shared dreams.

Fostering legitimacy for Jewish-Arab partnership: Zazim-Community Action and Omdim Beyachad’s intensive work, in addition to that of other NIF grantees, enhanced grassroots support for Jewish-Arab partnership on issues such as political participation, and welfare. For the first time in many years, a broad, cross-sector spectrum of Jewish and Palestinian Israelis have united behind a joint call for government accountability and fair economic policies. To strengthen over the longer term Jewish-Arab partnership in the public arena, NIF entered into a strategic partnership with the aChord Centre at Hebrew University. aChord is an applied research institute with expertise in intergroup relations and with a specific focus on Arab and Jewish citizens. NIF and aChord are developing an evidence-based action plan for future grant making and work on the ground in the field of shared society.

Promoting shared spaces for Jews and Arabs at the national and local levels: Our work promoting the media as a shared national space deepened in 2020. Our grantee I’lam joined forces with the Yediot Achronot newspaper to launch a training programme for 12-15 young Arab-Israelis. Our support for the Abraham Initiatives focused on courses for Jewish journalists in Arabic language, politics and society and for tours of Arab towns for senior media figures. Sikkuy ran social media training for over 40 Israeli Arabs on influencing the public discourse and successfully advocated for the return of Arabic language news on Israel’s two main television channels.

NIF’s Kick Racism out of Israeli Football (KIO) continues to pioneer addressing racism through sports both on and off the field by educating fans and players about the importance of tolerance, respect and sportsmanship. KIO’s Fairness Index measures levels of racism at matches and found the level of racist incidents at football games remaining at an all-time low. KIO’s Team of Social Responsibility consists of leading men and women’s football players who serve as role models. Over the summer they made a series of 14 videos in which each of them spoke about how football has shaped their views on tolerance. The videos reached hundreds of thousands of Israelis. 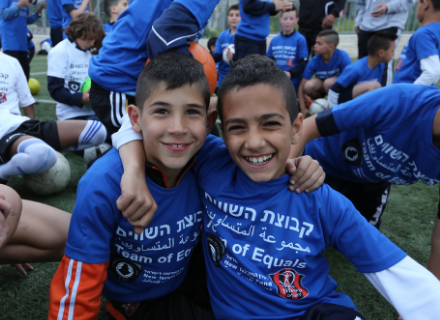 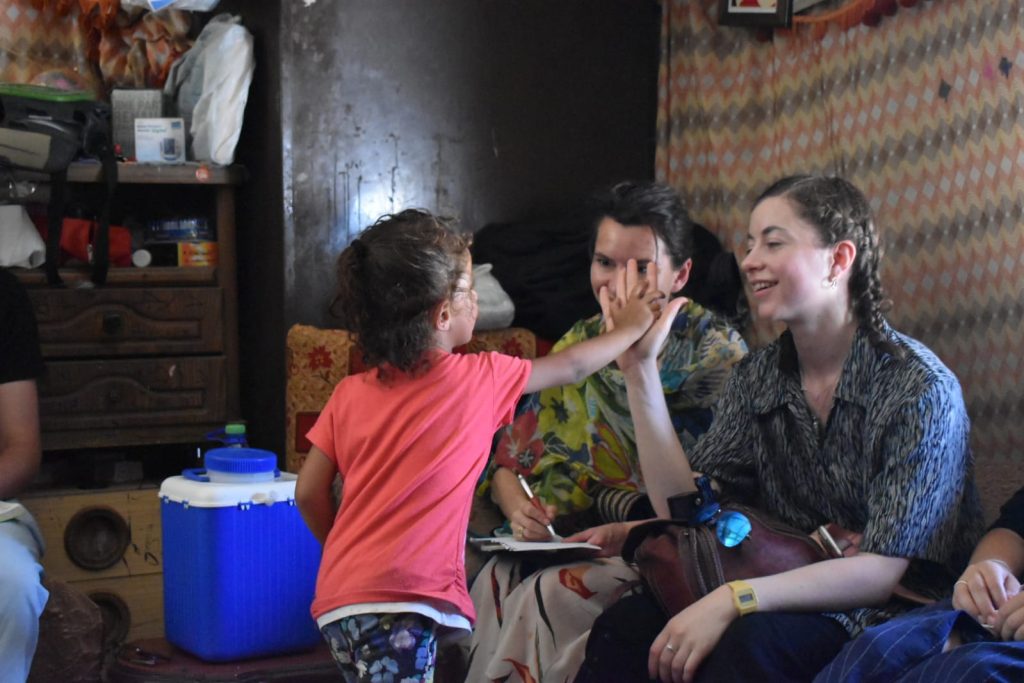 Olive trees not only evoke images of the West Bank landscape, but they are also vital in providing a livelihood for Palestinian farmers. The olive branch is also a symbol of peace and coexistence but that does not prevent extremist Jewish settlers frequently damaging olive trees in attempts to threaten the economic survival of their neighbours.

NIF grantee, Tag Meir recently paid a solidarity visit to the West Bank village of Jabaa after Jewish extremists from the nearby settlement of Bat Ein vandalized some 300 olive trees. In a symbolic act, the villagers and Tag Meir visitors jointly planted some new olive trees.

With the olive harvest underway over the next few months, NIF grantee Rabbis for Human Rights is again operating its volunteer harvesting project by which Jewish volunteers travel to the West Bank to help Palestinian farmers in harvesting.