As Israel’s birthday approaches, Adam Ognall, our Chief Executive asked by the Jewish News how prepared people are to stand up to fundamental threats to values on which Israel was founded. 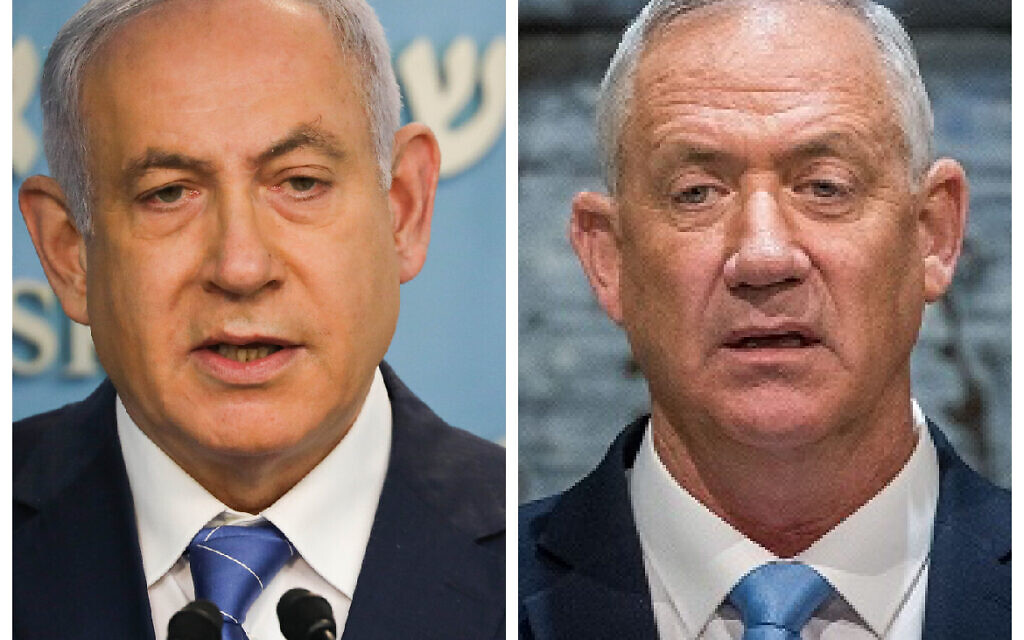 Finally, after 484 days and three elections, a deal was struck between Benjamin Netanyahu’s Likud and Blue and White’s Benny Gantz.

Both parties cited the need for national unity in the face of the coronavirus as the rationale. Sixteen months of political turmoil appear to have come to an end.

Netanyahu has managed to hold on to power, despite three indictments against him. He will remain prime minister for the next eighteen months, after which time Benny Gantz will replace him. (Tellingly, a recent poll found that only 31% of Israelis actually think Netanyahu will vacate his position.)

The unmistakable backdrop to this new government is, of course, the pandemic. Yet, it is precisely in times of emergency when democracy is at its most fragile. In the wake of Israel’s March election, we saw the transitional government try to roll back democratic norms. Two days before Prime Minister Netanyahu’s corruption trial was set to commence – the interim Justice Minister Amir Ohana declared a “state of emergency” for Israel’s justice system, freezing the work of the courts and delaying the prime minister’s trial by two months. Meanwhile, the Knesset Speaker, Yuli Edelstein, citing the threat of the virus, suspended the Knesset and prevented Gantz from using his 61-seat Knesset majority. Chief Justice of Israel’s Supreme Court said that Edelstein’s abuse of power “undermin[ed] the foundations of the democratic process.”

Now, as Gantz joins forces with Netanyahu in a broad “emergency” government, this constitutional crisis appears to be receding into the rearview mirror. But the challenges to democratic norms and institutions are in no way behind us.

According to the coalition agreement, Gantz’s Blue and White party will control Israel’s Justice Ministry. But Netanyahu will retain the right to veto key appointments, including the next attorney general and the head of the Israel Police, even as he stands trial.

But even at the height of the public health crisis, Israelis have not let the coronavirus – or their politicians – stifle their demand for democracy. Citizens have taken to the streets to register their dissent, flying black flags – in Israel, the symbol that democracy is in danger, that the public trust has been broken – from their cars.

Just this week thousands took to Tel Aviv’s Rabin Square, and while taking pains to maintain appropriate social distancing, stood together for democracy and civil liberties in a time of emergency. These brave Israelis showed the world, as Time Magazine put it, what democratic protest looks like during a pandemic.

The threats to democracy will not end with the swearing-in of a new government. The coalition agreement clears the way for unilateral Israeli annexation of parts of the West Bank, in line with the reckless Trump “peace plan.” Such a move would spell the end of the hope for a two-state solution. It would be an existential threat to – and perhaps even a death knell for – Israeli democracy.

Since Israel occupied territories it captured in 1967, Israelis have faced a stark choice between Israel’s Jewish character, its democracy, and maintaining control over the Palestinian territories. They could choose two, but not all three. If Israel annexes, it will have chosen Israel’s Jewish character and control over West Bank territory at the expense of Israel’s democracy. Millions of Palestinians would become residents of Israel without the rights of citizenship. For Israelis, this plan will shatter the dream of a Jewish and democratic state, the vision of Israel’s founders.

The cost of annexation will be felt not just by the people who live in the region. For the British Jewish community we will be confronted – as individuals and our organisations – with a need to respond to this dramatic shift. Any complacency or simple lip-service to a two-state solution and Israel’s democratic character just won’t do.

The coalition agreement’s terms provide for the cabinet to begin the approval process for annexation as early as July 1. This type of threat to democracy is made possible by this emergency.

It is also the type of threat that Israeli civil society – whilst having to deal with the health, social and economic crises of coronavirus – is poised to rise to meet the challenge. Israeli citizens who are dedicated to democracy and to holding their leaders to accounts.

As we turn our thoughts to celebrating Yom Haaztmaut (Israel’s Independence Day) even in these difficult times of coronavirus, we need to be asking ourselves how prepared we are to stand up to these fundamental threats to the vision and values on which Israel was founded.

To read the article on the Jewish News click here.