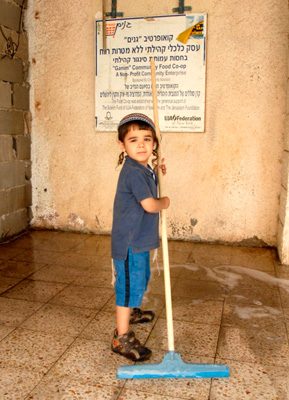 A Time for Hope

Four years ago, a lone woman in a tent sparked a movement for social justice in Israel. Today, the issues of affordable housing, poverty, and employment are equally relevant. There are 1,755,000 Israelis living in poverty; a galling statistic by itself, but even more devastating considering that one third of Israeli children are living below the poverty line. Israel currently ranks second in the developed world for income inequality (behind the US).

In addition to systemic economic issues, Israel is also experiencing a distressing increase in racism, violence, and tensions between Jews and Arabs.

Which brings us to the March elections.

Election season is a time for hope. And Israelis across the spectrum are looking for real solutions to the social and economic issues affecting the country. In the period leading to the elections, Shatil is working to transform these hopes into reality.

The Shatil-coordinated Forum for Education for a Shared Society is organising a conference on February 16th. Candidates will talk about their vision for multi-cultural public education in Israel. As racism and incitement are on the rise among young Israelis, and combatting these trends in the schools has become one obvious solution, this conference will ask candidates to take a stand on a sensitive but critical issue.

The Forum is also asking candidates to publically endorse the government’s 2009 Salomon-Issawi report, which calls for an extensive anti-racism and pro-shared society curriculum in the school system.

On February 25th, another conference, this time on social and economic justice issues, is being sponsored by Shatil with the Forum for Public Housing, the Coalition against Poverty, and the Coalition for Direct Employment. Polling in Israel consistently demonstrates that “pocketbook” issues are at the top of the average voter’s agenda, outpolling the more traditional security concerns.

Perhaps most important, along with other organisations promoting a shared society, Shatil is involved in a campaign led by the Abraham Fund to ensure that Jewish parties do not delegitimise Arab voters and candidates and to encourage all parties to condemn racism. Shatil also is involved with the Forum against Racism’s efforts to ensure that the election campaign is free of racist and incendiary statements.

Shatil has also launched a new section of its website devoted to promoting a reframing of the discourse in Israel around its most sensitive political, cultural, and social issues. The Hebrew-language site highlights the work of forums and coalitions involved in key social justice issues. Additionally, a newly published online booklet gives ordinary Israelis the tools and resources to promote social and economic issues during the election season and beyond.