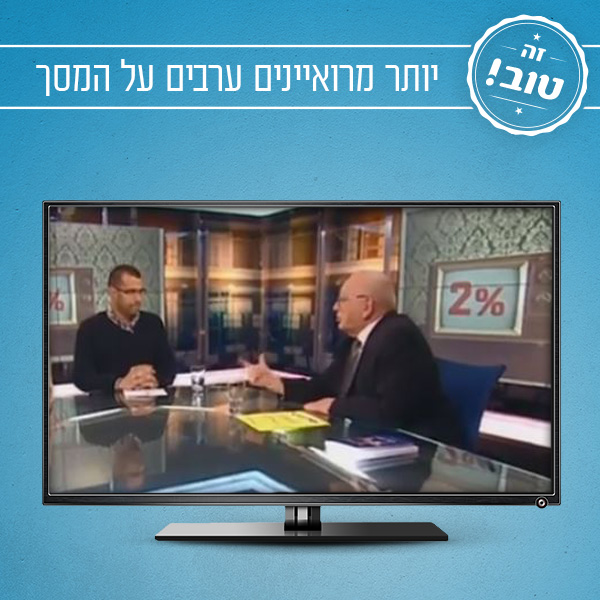 Thanks to the efforts of NIF grantees Sikkuy and the Seventh Eye(and the Berl Katznelson Foundation), the number of Arab experts typically appearing on Israeli news shows has nearly doubled in the last month. This is a direct response to a reportby the groups one month ago showing that the number of Arab experts appearing on Israeli news stood at a dismal 2%, despite the fact that Arab citizens make up 20% of Israel’s population.

Following this research, TV producers asked Sikkuy and the Seventh Eye for their help in recruiting Arab experts. They also publicly declared their support for the campaign in TV interviews and on social media. As a result, the number of Arab experts on Israeli broadcast media increased from 30 in February to 51 in March. Of course, these figures were invited because of their expertise, and not simply because they were Arabs.

A representative of the project said: “[This project has] significant positive impact on public attitudes towards Arabs, far more than [Arab] MKs or Arab witnesses talking about familiar issues associated with Arabs.”