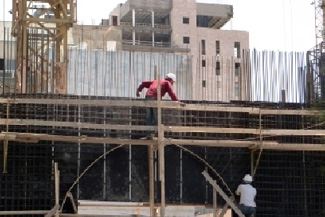 Flagship NIF grantee the Association for Civil Rights in Israel (ACRI) played an important role in a case fighting discrimination in land allocation.

In a precedent-setting ruling, the Haifa Magistrate Court approved a settlement against a real estate developer who discriminated against Arab buyers. Sami Hawari, a resident of Akko and Director of Al-Yater Association for the Social and Cultural Development of Akko, inquired about purchasing a unit in a local development. His inquiries were met with evasive responses. Subsequently, an investigative journalist from Channel 10 News pretended to be a client and was told explicitly that Arabs would not be able to buy in the development.

Hawari, along with ACRI and Al-Yater, filed a civil suit against the developer under the Prohibition of Discrimination in Products, Services and Entry into Places of Entertainment and Public Places Law. A settlement was reached on June 12, and the company agreed to pay NIS 50,000 in compensation, half to Al-Yater and half to ACRI, with the funds earmarked for projects that combat discrimination. The Israel Lands Authority (ILA), also named as a defendant, agreed to levy fines on developers who discriminate between buyers. Hawari himself declined individual compensation.

Attorney Gil Gan-Mor, Director of ACRI’s Right to Housing Project and NIF Law Fellow alum, said: “Developers and real estate entrepreneurs who discriminate in the marketing of apartment units now know that they are exposed to civil lawsuits, disqualifications from tenders and steep fines… ACRI will continue to work to eradicate the practice of housing discrimination.”

In another important development, the District Court for Administrative Matters has granted an ACRI appeal against plans to build a massive police station in the Kerem al-Tufaah neighbourhood of Lod. Residents of Lod have long opposed the station, advocating instead for the land to be allocated to help relieve the severe overcrowding plaguing the city.