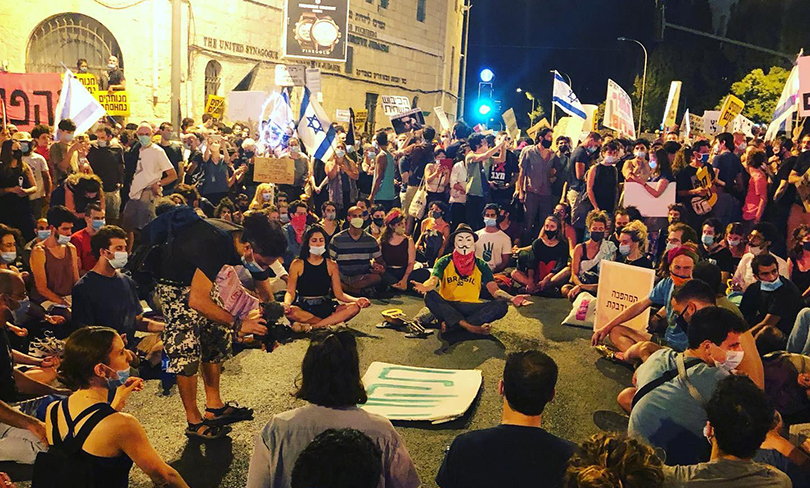 In contrast to the demonstrations earlier in the week, the Israeli Police made greater efforts to protect the protestors from ultra-nationalist agitators trying to violently disrupt the rallies. In Jerusalem, La Familia, an extremist group of supporters of the Israeli soccer club Beitar Jerusalem, threatened to “smash the leftist rags.” In Tel Aviv earlier in the week, extremists organized several attacks on protestors including a one stabbing.

However, thousands of Israelis, including members of NIF grantees, refuse to be intimidated and have vowed to continue the rallies.

NIF grantee Omdim Beyachad (Standing Together) wrote, “We are moved by the pictures of the demonstrations from Tel Aviv to Jerusalem and the Negev. We demand health, livelihood and hope. And we won’t stop going out onto the streets. We will go out until this government, which alienates us, will start working for us and ensures our economic security because hundreds of thousands of families have no air to breathe and cannot wait.”