Blog: The Beauty and Power of Our Community 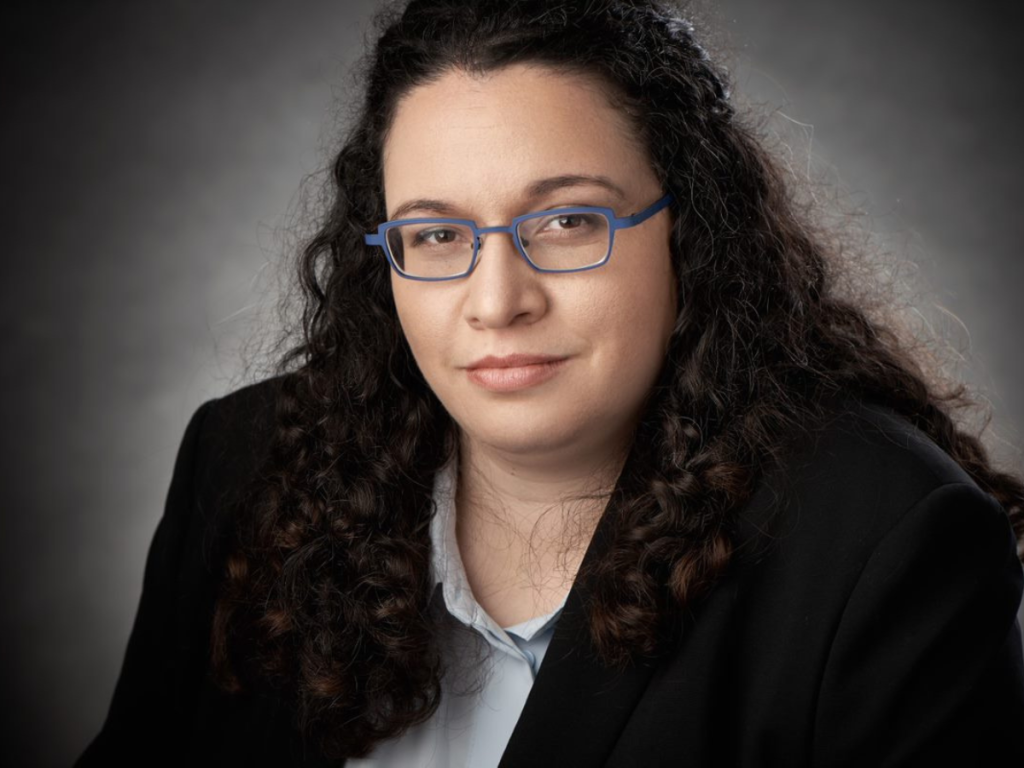 I have been attending Jerusalem Pride Marches for two decades. For years, as director of the Jerusalem Open House for Pride and Tolerance and the Reform Movement’s Israel Religious Action Center, my work was directly involved in the fight for LGBTQ+ rights. It was my issue. And the Jerusalem Pride march was a peak of my professional involvement. This year, on the 20th Pride march, was the first time that I marched — alongside thousands of others — purely as a participant. I did not organize a thing. I went with my parents and my daughters. My daughters recognized every flag and enjoyed every performance. And I got to witness the beauty and power of our community.

I thought about how, on the one hand, our community faces terrible incitement and violence every time we are visible in the public sphere, every time we demand equality, and, on the other hand, the progress we’ve made is miraculous.

For example, when the Jerusalem Open House was first opened, a TV anchor — for a progressive channel that sadly no longer exists — came to cover our opening day, taking footage of our speeches, the space, and all manner of things. But the way he opened the segment still makes me laugh: “We think that there are as many as 400 gays and lesbians in Jerusalem!” This, my friends, was just 25 years ago. Not 200 years ago.

And now, 25 years later, thousands of young people around the country are able to explore their gender identity and sexuality thanks to investment by the Israeli government in LGBTQ organizations like Iggy and Choshen. After years of advocacy, the Supreme Court has legalised same-sex parents to have children via surrogacy in Israel. There is even a comprehensive government plan for LGBTQ Israelis that includes funding for senior care.

I often feel that LGBTQ rights are the Nes HaGalui (revealed miracle) of Israeli society. We fought for recognition — and we mostly won! We have a thriving, diverse community with multiple organisations supporting all of us.

But that rosy picture is only part of the truth. There are so many LGBTQ Israelis who still feel threatened — and what’s more, so many other marginalised communities that need help to gain a foothold in Israeli society.

This year, for example, organizers of a Pride March in Netivot had to call it off after they received bullets in the mail. Police there prohibited activists from staging a protest in support of LGBTQ rights. And people are still being killed just for their gender and sexuality. Three LGBTQ teens have been murdered in recent years in two incidents — at a club in Tel Aviv and at Pride in Jerusalem.

And to be honest, back when we started the Jerusalem Pride March, we saw it as a much wider struggle. We assumed that if we increased tolerance and equality for LGBTQ people, the same would come for Palestinians. After all, if our society was willing to accept us, wouldn’t it make it easier for fellow “othered” communities?

We were wrong. While Jerusalem changed entirely for LGBTQ people, for Palestinians, discrimination, violence, and denial of fundamental rights have only increased.

The failure of the LGBTQ rights victories to impact other struggles — specifically the Palestinian struggle — has forced me to understand something fundamental: We need to take our commitment to democracy and equality beyond this single issue and develop a comprehensive approach to human rights so that when we fight for equality, we fight for everyone.

That’s at the core of my work today as the Executive Director of the Association for Civil Rights in Israel (ACRI). Human rights means human rights for everyone: for LGBTQ people, for Palestinians, for prisoners, for asylum seekers, for Mizrahi Israelis, for everyone who has been denied rights by the government. We look at human rights in the big picture, because that’s the only way we can legitimately fight for equality and justice for all.

That’s why ACRI is advancing, on the one hand, a groundbreaking project for trans rights and, at the same time, defending Palestinians’ right to protest, advocating for the rights of incarcerated people, and fighting for socioeconomic justice.

We’ve learned that a healthy movement for justice is a holistic one — one that sees each struggle as intersecting, intertwined, and interdependent. We recognize that the only path to liberation is through being in solidarity and struggling alongside each other. ACRI, in partnership with the New Israel Fund is committed to seeing the big picture — the entire spectrum of human rights — and developing a movement that advances LGBTQ rights alongside the rights of all marginalised and oppressed peoples.