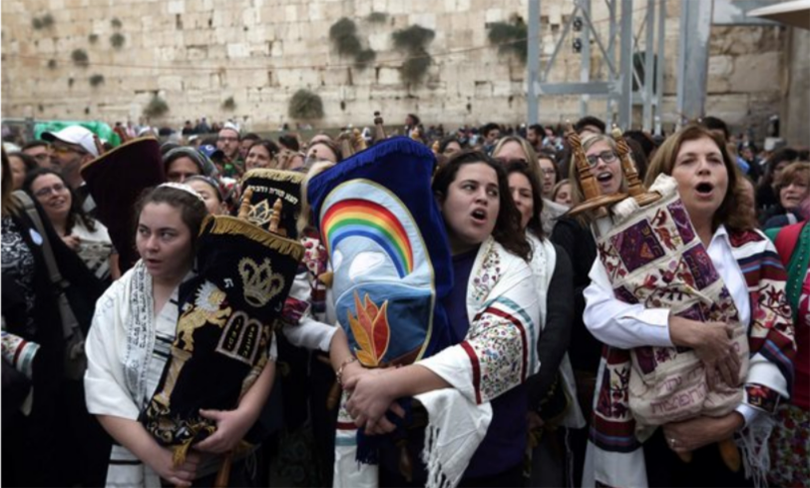 Nearly 30% of Israeli Jews identify as Masorti or religiously traditional. “You can’t look at Israeli society and ignore this community, and yet Israel’s dominant discourse of Secular-Left v. Religious-Right does just that,” Shatil Director for Religious Freedom Brit Yakobi points out.

As Yakobi notes, this framing elides the breadth and diversity of Israeli society. It also sidelines progressive activists and movements whose liberalism is informed by Jewish thought and practice. In the absence of progressive, religious voices, the rhetoric of faith and observance is easily co-opted by the Right.

To break this cycle, Shatil developed the Masorti Voices Fellowship, which aims to give activists the tools to write publicly and compellingly about their social change work and its basis in Jewish tradition. Out of roughly two dozen applicants, Shatil selected 11 activists to join the first cohort of fellows. Participants come from diverse fields, including education, religious leadership, and social change work. Their backgrounds cover a broad range of issues in Israeli society — from socio-economic justice to Arab-Jewish relations and gender equality. The group, split evenly between men and women, will partake in half a year of monthly meetings led by Shatil’s Brit Yakobi, Mikhael Manekin, Israel director of the Alliance for Israel’s Future, and Nerya Knafo, former Director of Jewish Pluralism Watch.

The course launched this month with a two-day seminar in Jerusalem. The group delved right into the thorniest issues: questions of the connection between traditionalism and progressivism, between religiosity and leftist values. Speakers over the two days included Dr. David Bitton, Head of the School of Jewish Studies at Kiryat Ono Academic College, the activist and documentary filmmaker Ron Khalili, and Adv. Sagit Peretz Deri. Journalist Chen Artzi Sror from Yedioth Ahronoth offered hands-on training on how to write a compelling opinion column. Participants discussed their points of origin and goals, studied rabbinic texts, and ate, drank and sang liturgical poems (piyyutim) together.

Of this first fellowship event, participant Dina Katuvim observed, “For the first time, I found myself in a Masorti space that did not require me to apologise for my leftist position.” Nerya Knafo also remarked on how rewarding it was to be in conversation with others who shared in his path and understood its complications. “The speakers gave me new questions to ponder, and provided me the tools to express my answers in a way I hope will encourage Israeli society to embrace complexity, and view tradition and progressivism not as dichotomous but as harmonious.”

In future meetings, the group will continue to engage in peer learning and workshop participants’ writing. Upcoming lectures will include a talk by media consultant Sharon Shahaf, on media engagement and personal branding, as well as participant-led workshops on writing and publishing experiences. The group will also discuss and implement strategies to amplify each other’s publications and public presence.

“This is the clear next step for Shatil’s work in this field,” Yakobi said, “It’s the natural continuation of our work elevating moderate orthodox voices and engaging with liberal Haredim.”

She hopes this cohort will be the first of many, as Shatil invests in the development of progressive, Masorti activists and amplifies their voices in Israel’s national conversation.

“Israelis want to contrast progressivism and religion, to point to an activist and say ‘she is a feminist in spite of her faith,’” Yakobi said. “But these fellows say no, I am an activist because of my foundation in Jewish tradition.”

As one fellow said, “So often we define ‘tradition’ as narrow and limited, but here we are building an expansive vision for what a ‘traditional’ movement can look like.”

Shatil are an initiative of the New Israel Fund, and will be one of the recipients of this year’s NIF UK Human Rights Award.