Calling For Calm, Fighting for Equality 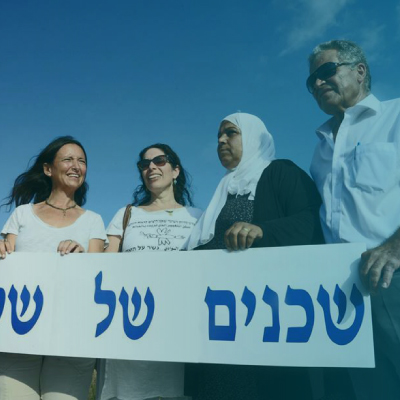 After the first volley of Hamas rockets from Gaza on May 10, and the swift retaliation by the Israeli Air Force, Jews and Arabs — often neighbors — began committing shocking acts of violence against one another.

The Abraham Initiatives — an NIF grantee that works to promote shared society and equality between Jews and Arabs in Israel — called on local political leaders, especially those in mixed cities across Israel, to do their utmost to calm tensions while at the same time allowing for non-violent protests, even large-scale ones, in their towns and cities. Arab and Jewish leaders, including more than a dozen city council members from the cities of Lod, Acre, Haifa, Tel Aviv-Yafo, and Ramle, signed a statement calling for calm.

Sikkuy: The Association for the Advancement of Civic Equality organised another group of local leaders, the heads of local authorities, to sign a statement calling for calm, emphasizing the importance of safety for all residents, as well as promoting tolerance and shared society.

Taken together, these efforts helped create and then amplify critical voices of leadership in an extremely volatile moment.