Combating the Exclusion of Women 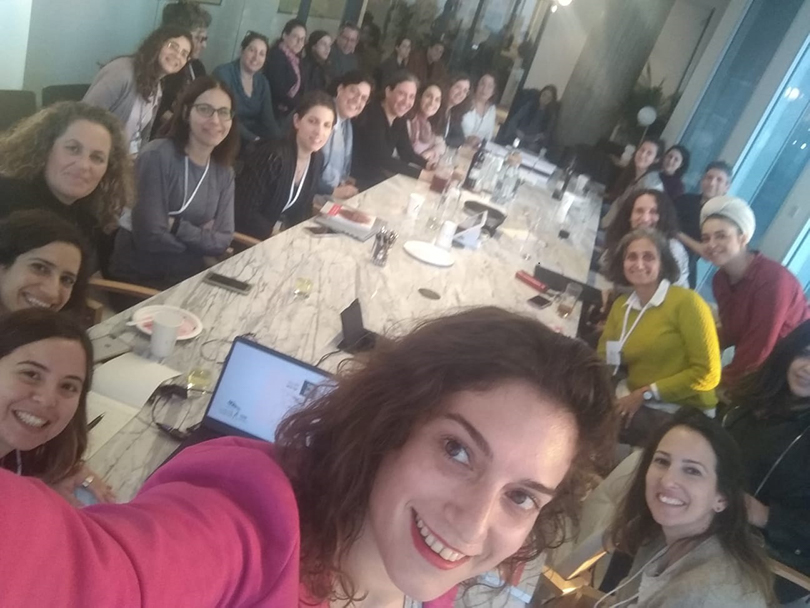 Fifty women – secular, Orthodox, Reform, Mizrahi and Ashkenazi – working together to promote a common agenda, is not an everyday occurrence in Israel, but the Forum Against the Exclusion of Women, led by Shatil, is anything but average.

The Forum Against the Exclusion of Women began two years ago when the Israel Women’s Network – a leader in this arena – and other organisations asked Shatil to convene and lead such a group. This cause is particularly challenging – and necessary – given the steady uptick in the exclusion of women and the reduction in public support for inclusion over the past 10 years.

A year of work bridging gaps and dealing with the complexity of bringing together such disparate bodies led to a recent two-day Shatil-led retreat to craft a five-year strategic plan to combat women’s exclusion in Israel. Representatives of 14 organisations, including organisation directors and independent activists, outlined the challenges facing anti-exclusion work and brainstormed strategies combating exclusion in the military, academia, and the public sphere at large.

Each day began with an “inspiration” session, such as Mizrahi activists talking about how to successfully conduct a struggle that includes different voices and generations.

“It was exciting to witness the unity and the will to fight exclusion from so many different kinds of people,” said one participant.

Shatil’s Director of Religious Freedom, Brit Yakobi, met with each of the participants prior to the retreat in order to ensure that there would be a place for each sector and each organisation and that minority voices would be respected.

“The retreat launched a year of work in small working groups that will devise strategies for how to reach new audiences including youth, women soldiers, and journalists; how to convince the part of the public that disagrees with us; and more,” said Yakobi.

The Forum is composed of The Israel Women’s Network (IWN), Ne’emanei Torah Va’Avodah, Kolech: Religious Women’s Forum, Itach-Maaki: Women Lawyers for Social Justice, Nivcharot: Haredi Women for Representation, Equality, and a Voice (which promotes the naming of ultra- Orthodox women to political parties of the sector), Forum Dvora (which seeks to advance women throughout the security establishment), WIZO, Yisrael Hofsheet (Be Free Israel), Hiddush: For Religious Freedom and Equality, Israel Religious Action Centre (IRAC), the Association for Civil Rights in Israel (ACRI), the Rackman Centre for the Advancement of the Status of Women, Bar-Ilan University, and the Secular Forum.