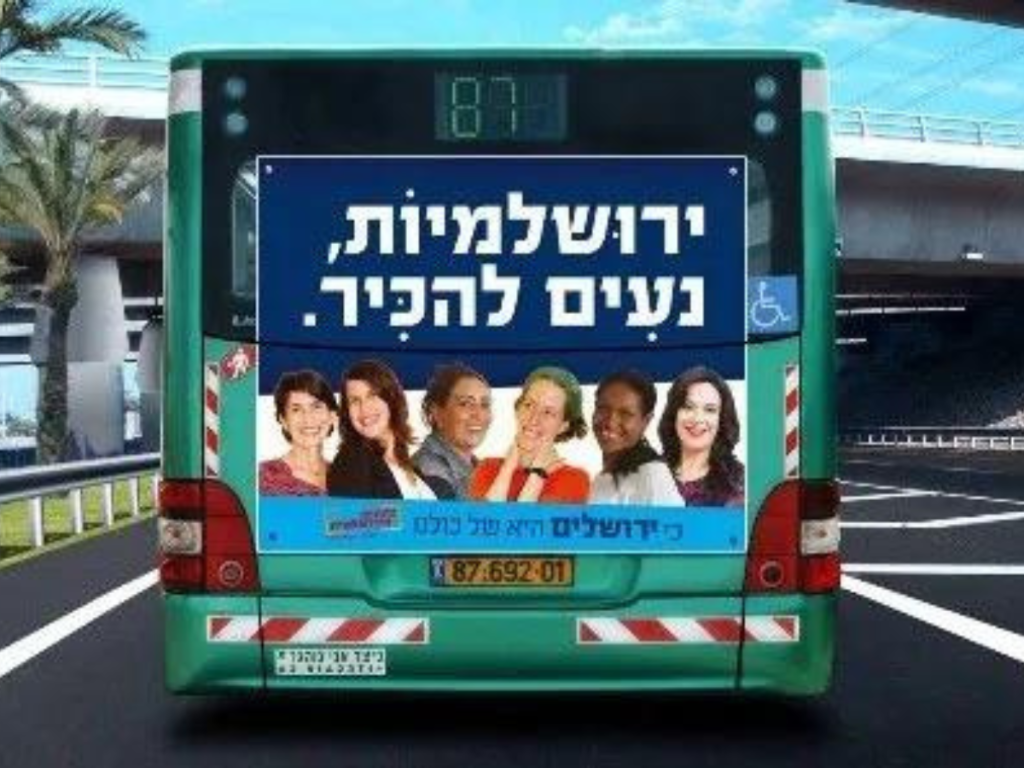 Israel’s Dan Bus Company has withdrawn its requirement that drivers check the ‘modesty’ of ads on their buses before driving through the ultra-Orthodox city of Bnei Brak. The change came after the policy was exposed by the Israeli newspaper, Globes.

The bus company had been telling its drivers, “We must respect the sensitivities of our customers and the passengers,” where “respect” meant removing any photos of women.

The company’s instructions added that it was the driver’s responsibility, “to check the ad on the bus before leaving the depot. If there is an immodest ad, then the bus should be replaced.”

The article in Globes stirred up a storm of protest from social change organizations forcing the bus company to retract its instruction.

Uri Keidar, Executive Director of NIF grantee Israel Hofsheet, which advocates for policy change on issues of religion and state in Israel said, “Somebody at Dan got confused and thought that he woke up that morning in the ranks of Iran’s Revolutionary Guard. Bus drivers are not modesty police, and bus companies do not need to cooperate with people who cannot look at a picture of a woman in the street, especially when it is a company providing services from the state budget. Dan must apologize to the drivers and the public.”

The Legal Department Director of NIF grantee Israel Religious Action Center (IRAC), Ori Narov said, “It is outrageous, sad, and infuriating to see the Dan Bus Company relate to images of women in public spaces as though we lived in the Middle Ages. We remind Dan that refraining from presenting images of women on buses is illegal, harmful, and fundamentally wrong. We expect Dan to operate according to the law and realize that there is no room for the exclusion of women from public spaces in Israel.”