Confronting the Injustice of Occupation 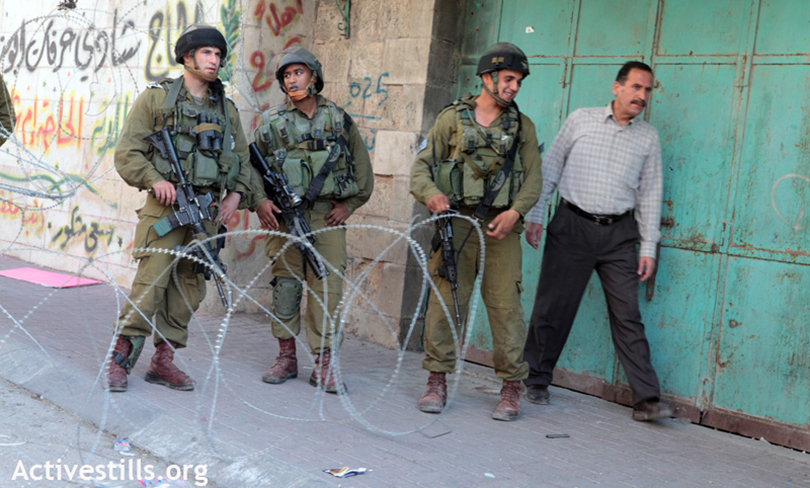 A news feature aired on Israel’s Channel 12 by veteran journalist Ohad Hamo takes two IDF combat veterans back to the West Bank in search of Palestinians families they wronged 10 years ago. Doron Dalon and Roy (fictional name), who both served in infantry units, are haunted by a similar experience. Each has chosen to be an activist with NIF grantee Breaking the Silence.

Doron in the village Dur El-Kara near Hebron and Roy in the Hebron Kasba both recount entering Palestinian homes in the middle of the night. They recall the young Palestinian boys who wet themselves out of fear.

Neither Doron nor Roy finds closure. Doron locates the family in Dur El-Kara whose home he invaded as a soldier, but they refuse to see him. Roy is unable to locate the home in Hebron’s kasba (outdoor market). A neighbour tells him that if it were her family she wouldn’t grant him the forgiveness he seeks.

The feature was a strong reminder of how the IDF practice of home invasions traumatizes Palestinian families and communities in the West Bank–and that the practice leaves lasting scars on those who carry it out as well.

In 2017-2018, Breaking the Silence says that IDF soldiers entered Palestinian homes 267 times a month on average. The IDF claims that these operations are necessary to maintain order in the West Bank. Doron’s and Roy’s experience is that most home searches are training for the soldiers — not a necessary security operation. Breaking The Silence recently released a report in cooperation with Yesh Din and Physicians For Human Rights Israel detailing the extent and impact of IDF home invasion. Together with other partners, they have done ongoing public advocacy work in the press, in the public sphere, on social media and in relevant policy-setting offices as well.