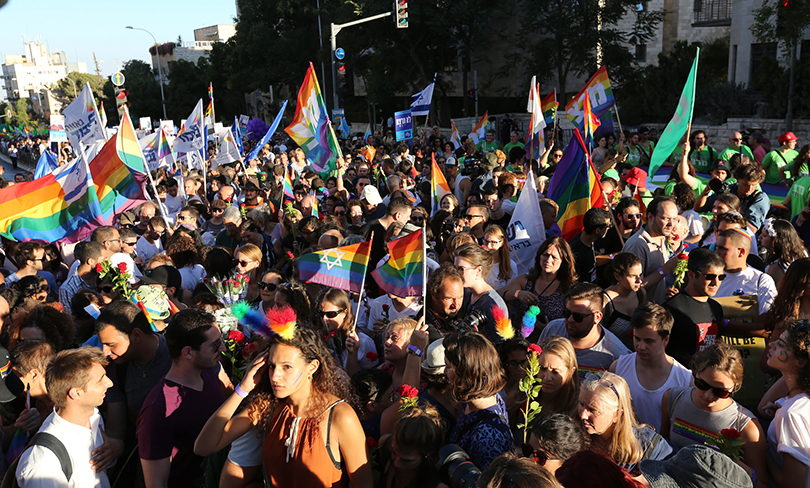 NIF has given a special grant to The Aguda – Israel’s LGBT Task Force for a pride demonstration in Holon city center on Thursday night. The rally comes in the wake of shocking homophobic comments by Yoel Yeshurun, the Holon deputy mayor and the dean of students at the Ashkelon Academic College.

In a Facebook post following the Pride Parade in Tel Aviv earlier this month Yeshurun compared gay people to the “disgusting two legged monsters in the movie Jurassic Park” and called Tel Aviv mayor Ron Huldai “an old man, who might not be Jewish, who was grilling dog’s meat on his barbecue so that the people of Israel could vomit.” The post continued in this vein and degenerated even further, using even more disgusting and sexist imagery. Even right wing Orthodox members of Holon city council condemned his comments.

The Holon municipality condemned the statement. In calling the Holon rally, The Aguda – Israel’s LGBT Task Force made an official statement, “Such a man is not fit to hold public office. We will not remain silent following these remarks against the LGBTQ community and its integration into society and we will respond with pride.”

The Aguda – Israel’s LGBT Task Force former Executive Director Oded Fried has been appointed a consultant for change in the Knesset by the Coalition for LGBTQ Organizations in Israel. Among the issues that Fried will advocate for are single-sex marriages and adoptions.

The Aguda – Israel’s LGBT Task Force chairman Chen Arieli said, “Only this week we heard the prime minister boast that Israel is a country that accepts the LGBTQ community. In English it sounds great but in the Knesset there is no trace of such acceptance. It’s time for the LGBTQ community to have a permanent presence in the Knesset to watch over issues from close by and to put opposition and coalition MKs under pressure to worry about equal rights.”