In May, Reform, Conservative and Orthodox rabbis gathered at the Holot detention facility in the Negev for a pre-Shavuot ceremony raising awareness about the unjust treatment of asylum seekers and calling on the Israeli government to align Jewish teachings with their actions. This trip was organized by the rabbis with funding and support from the New Israel Fund.

The event took place prior to the first night of Shavuot, a holiday which reflects upon the gift of the Torah with a focus on embracing the stranger, “love the stranger for you were also strangers in the land of Egypt.”

The Rabbis came to Holot by bus from Jerusalem, Tel Aviv, Eilat, Be’er Sheva, and elsewhere in Israel. Instead of the traditional Shavuot ceremony, a special ceremony was held by Rabbis and asylum seekers together, in both English and Hebrew. A succession of speakers was followed by a joint prayer.

“In Holot, there are human beings, created in the image of God, who are suffering,” said Rabbi Susan Silverman, co-organizer (and member of the NIF International Council), with Rabbi Nava Hefetz of Rabbis for Human Rights. “Any rabbi arguing over kashrut certification or a Ktuba from 1840 while ignoring the real suffering in our midst is forsaking a sacred duty.”

Rabbi Hefetz added that, “We must remember the divine commandment from Leviticus 19:33-34 ‘When a foreigner resides among you in your land, do not mistreat them. The foreigner residing among you must be treated as if they are your native-born. Love them as yourself, for you were strangers in Egypt. I am the Lord your God’.”

Solidarity was shown by UK Rabbis in the form of photos, as part of an international solidarity campaign. 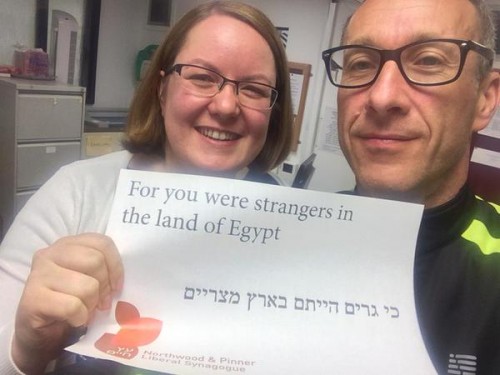 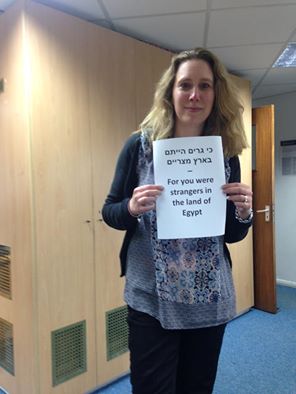