Encountering the Other and Working for All 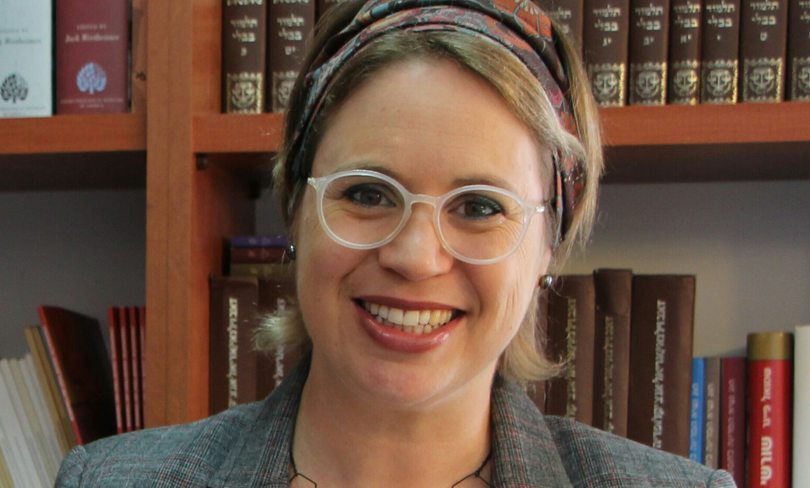 When Shira Ben-Sasson Furstenberg was eight, her family moved to Cambridge, England for her father to finish his post-doc in Jewish history. It was the first time that she had left her “bubble” of the national-religious Jerusalem neighborhood of Kiryat Moshe. Attending public school with Christians and Muslims was such a formative experience that she describes it as a key to where she is today: the associate director of the New Israel Fund in Israel.

“I felt very secure in my home and with my parents and in belonging to Bnei Akiva. It was not limiting in any way. You go and you discover things and you are one piece in this huge human mosaic and you see that other people have other truths.”

Her acquaintance with the Jewish Diaspora and its varieties came when the family spent another year in New Jersey. Her home environment fostered public service: Shira is the granddaughter of Yosef Burg, a founder of the National-Religious Party and a storied government minister, the daughter of Knesset Member Menachem Ben-Sasson (Kadima) and the niece of Knesset Speaker Avraham Burg (Labor). Her mother is a doctor. Shira’s fascination with cultures and religions drove her to earn a BA in sociology and an MA in anthropology from Hebrew University.

Shira worked at the Knesset Research and Information Center and served as the director of iRep-Israel Religious Expression Platform at the Jewish Federations of North America. Her quest for greater rights for women within Jewish Orthodoxy lead her to direct the Conservative Movement’s Jewish Pluralism Watch. Shira spent ten years working as a grants and program officer at NIF and Shatil, focusing on the issues of Jewish pluralism and religious freedom.

Her optimistic demeanor and infectious smile encompass a compromising temperament. She believes Israel can be both Jewish and democratic. When asked where this comes from, she quotes her grandfather Yosef. If he had to choose between Jewish or democratic, he would choose the hyphen between them, she recounted. “To be the hyphen between two complex parts of identity is the real responsibility of people in my community,” Shira said.

This is why the Nation-State Law so upsets her. The woman, who as a young Jewish girl learned to listen to others of different backgrounds, believes that there must be a place in the Jewish state for all Israelis from all backgrounds. The Nation-State Law leaves out a crucial element necessary for Israel: equality.

“Now with the Nation-State Law, to say that it’s a Jewish state, that hurts me as a Jew and justifies inequality,” Shira said. “To rise to the challenge of being a Jewish and democratic state means that you have to think of equality and to be committed to equality and you can’t justify acts of inequality based on the sages, not toward women, toward gays, or toward world Jewry.”

Despite the challenge of the Nation-State Law and the anti-democratic practices of Israel’s current leaders, Shira is confident of the NIF team’s preparedness for what’s happening on the ground in Israel and of the swelling support among Israelis. “We have the best team… we are thoughtful and we have a huge network with a lot of thinking on the board and on the management level and we connect to every community on the ground.”

“In an environment of shrinking democratic space not only in Israel but worldwide, NIF is the home for safeguarding Israeli democracy,” Shira said. “I am deeply encouraged by Israelis stepping up when they are called. Sometimes it feels like we only need to ask (for support). People are here to back us and to say ‘This is the Israel that I want to see.’”