Everyone Has a Part to Play 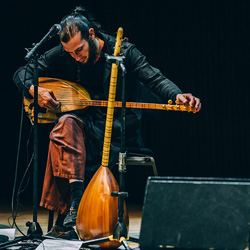 Last week on the Jewish holiday of Lag B’Omer, NIF, together with our partner KIAH, held a special concert at the Jerusalem Theater. Dubbed “Everyone Has a Part to Play,” the event aimed to promote shared society, mutual respect and tolerance for all sectors of Israeli society – Jews and Arabs, religious and secular, Ashkenazim and Mizrahim. KIAH, an NIF partner in the New Initiatives for Democracy program, is one of the most established and respected organizations working with Israel’s Mizrachi community.

The 800-seat venue was sold out in two weeks and thousands more were able to watch the event live on Walla, one of Israel’s most popular websites. It was also widely covered in the Israeli media.