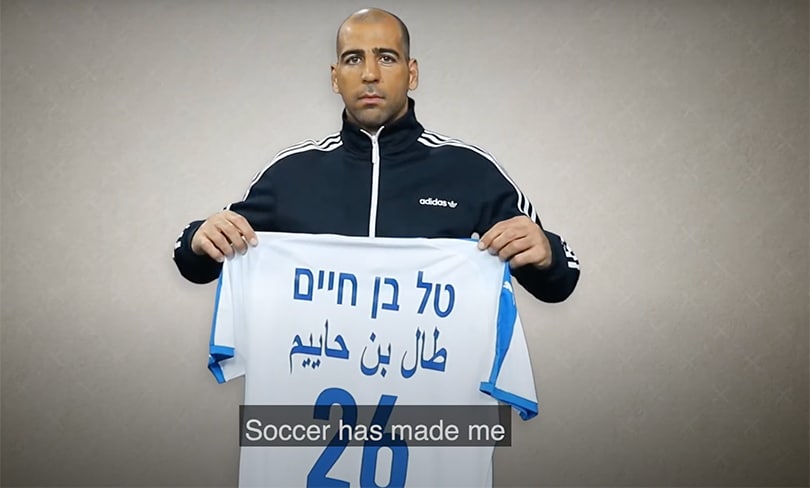 Ahead of the 2020/2021 football season, NIF’s Team for Social Responsibility, a project to get well-known football players to work together to eradicate racism and violence, has produced new video clips in which the players speak out against racism, sexism, homophobia, and violence in the game. The 15 players in the team, top stars from teams in Israel’s leading leagues, include Jews and Arabs, men and women, immigrants and native-born Israelis, are part of the flagship project of NIF’s Kick Racism Out of Football campaign.

In her clip, Karen Sandler, an Israel women’s national team player, describes how proud she was to see Hapoel Be’er Sheva recently play a match in which each of its team members wore shirts with the name of a woman who had been murdered this year.

Beitar Jerusalem player Tal Ben Haim, who formerly played for English teams Chelsea and Manchester City, recalled playing in England and sharing a room with Tunisian player Radhi Jahidi. “He would take out a rug and pray and I would put a kippah on my head and make kiddush. Eventually, you understand that we are all people and it doesn’t matter what your beliefs are and what your religion is, ultimately we are all people and you learn to respect everybody.”