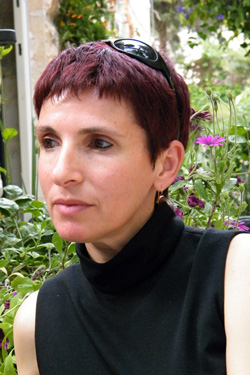 In the midst of the most recent wave of increased tensions and heartbreaking violence, it’s more important than ever to establish and maintain personal and professional connections between East and West Jerusalem. That’s the message from Ir Amim Executive Director Yehudit Oppenheimer, who spoke to NIF about the ongoing tensions in the city. “Every Israeli with a friend or contact in East Jerusalem – this is the time to pick up the telephone, send an email, to ask what’s happening and to give a word of support. These small acts are important during these violent days – at Ir Amim we are continuing our work with Palestinians in Jerusalem. We understand how important dialogue is right now.”

Ir Amim, which is supported by NIF, was established in 2000. It focuses on Jerusalem within the context of the Israeli-Palestinian conflict, and works to transform Jerusalem into a more equitable and sustainable city for the Israelis and Palestinians who share it. “Since the violence started I’ve made more media appearances,” Oppenheimer says. “Mostly in debates about the Temple Mount. Our position is that the Temple Mount is a pressure cooker. When it’s managed responsibility and there are no limitations on the entry of Muslims, then there is calm. But when there are changes to the way the Temple Mount is managed, and when there is incitement, there is a deterioration in the situation. We are working with the Jerusalem Municipality and trying to pass on these messages, and stressing how important it is to calm spirits in the city.”

“The Temple Mount is the main trigger – the moment something happens there it releases the frustration the Palestinians feel about their lives – the neglect of neighborhoods by the authorities, the difficulties of living with the status of residents [and not as citizens], the racism in the city, and of course the tough reaction from the security services towards them.”

What’s your opinion about how the authorities have responded to what’s been happening?

“The media are asking if this is the beginning of the third Intifada. Far be it from me to answer that, but at Ir Amim we’re convinced that an Intifada isn’t something preordained that can’t be controlled and that happens without context. The authorities definitely have ways to calm the situation, and to continue from there towards dialogue with the Palestinian leadership in East Jerusalem. In reality, unfortunately, we see the completely opposite conduct from the authorities. If the mayor rushes to Beit Hanina [a predominantly Palestinian neighborhood in East Jerusalem] with an assault rifle – this has meaning in the eyes of the population and it has implications. On the other hand, if he would send out messages of calm and compromise – this would have an impact. I want to see the municipality working for calm, as opposed to the security services and the government. In actuality, these three authorities are working in exactly the same way and the same tone.”

What keeps you optimistic? Do you see a better future for the city in the short term?

“I meet many people, from both sides of the city who refrain from violence and yearn for a different life in Jerusalem. I’ve seen it, for example, in the amazing response to our 37 Percent Project [a photo exhibition from the summer which showed how the conflict influences the lives of East Jerusalemites]. I also see how civil society works for Jerusalem, and that there are many Israelis who don’t accept the authorities’ collective punishment of the Palestinian population, and are convinced that it’s not the way to improve the situation in the city.”

Last year, through a Focus and Alignment process, the New Israel Fund decided to focus on East Jerusalem as one of the key objectives for our Democracy and Human Rights issue area.