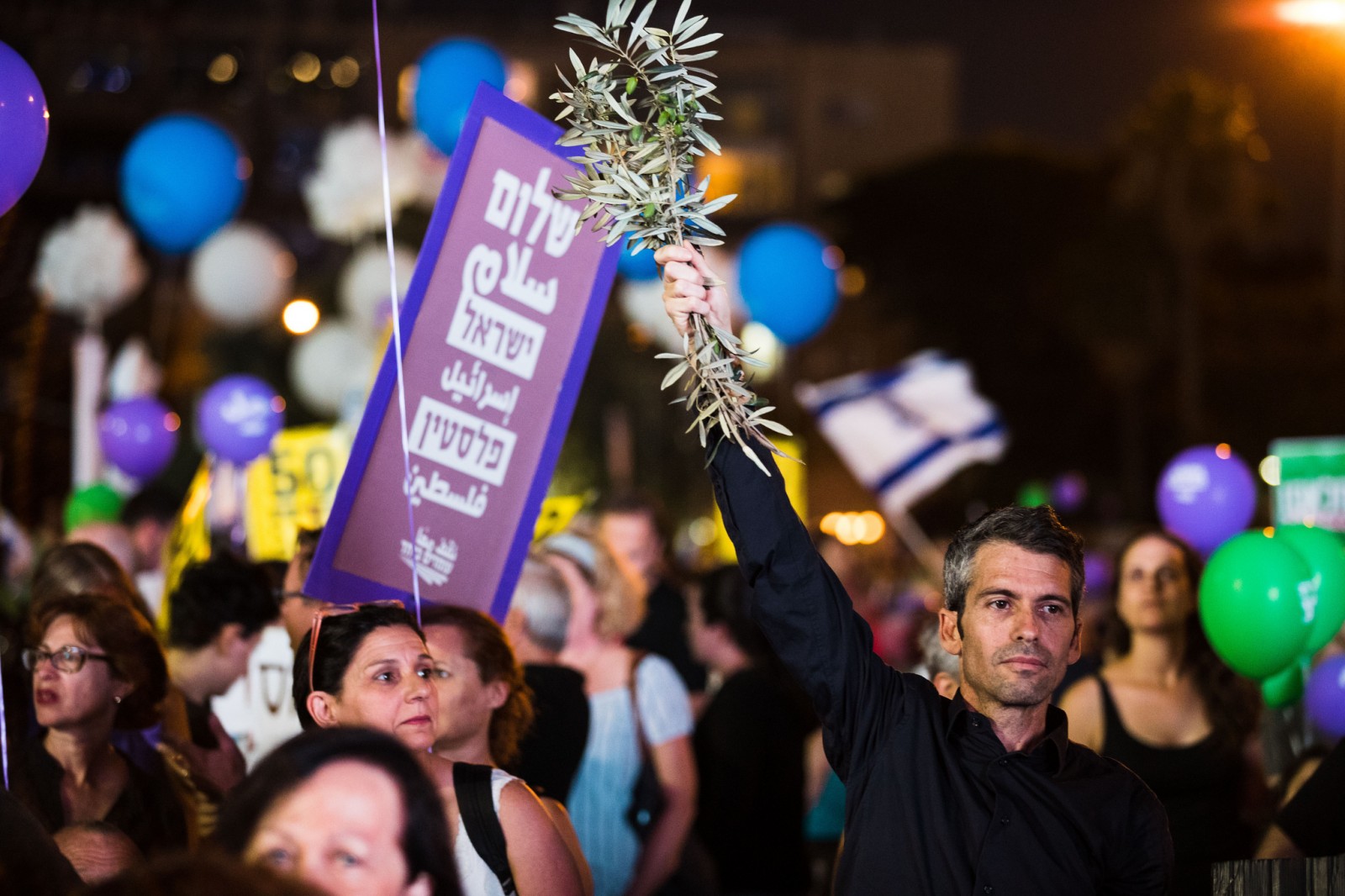 About 20,000 Israelis demonstrated for peace in the “Two States, One Hope” rally in Tel Aviv that lifted spirits of progressive Israelis and put the word “peace” back into the Israeli lexicon.

The demonstration organized by Peace Now and sponsored by the New Israel Fund and other organisations from the NIF family brought speakers from across the Israeli peace camp including NIF President Talia Sasson, Peace Now Executive Director Avi Buskila, and Labor leader Isaac Herzog.

“Today, we, citizens of democratic Israel, emerge from the fox holes in order to protect our home,” Buskila told the crowd in an emotional speech. “We declare that this is a campaign to guarantee our future in a Jewish and democratic state.”

Singer Achinoam Nini, a member of the NIF Board, sang two songs, at one point banging on drums with great force that epitomised the energy of the evening. She also draped herself in an Israeli flag when she offered a powerful rendition of Hatikva, standing with Buskila. Participants shouted “Jews and Arabs refuse to be enemies” and “the Left has returned to the Square.”

Sasson said in her remarks that “the Right wants to represent us as a fractured camp without any power, as those whose time has passed, as traitors who, if they are in favor of equality, are lovers of Arabs and those who love Arabs hate Jews.” But, she added “we won’t give up our country and our vision. It belongs to us. Because we are Israel.”

The demonstration was the largest peace gathering in years and was reported on in all the main Israeli newspapers, as well as radio, television and internet news outlets. Palestinian leader Mahmoud Abbas sent a greeting that was read aloud at the demonstration, calling for Israelis to fight for peace and approve a Palestinian state.