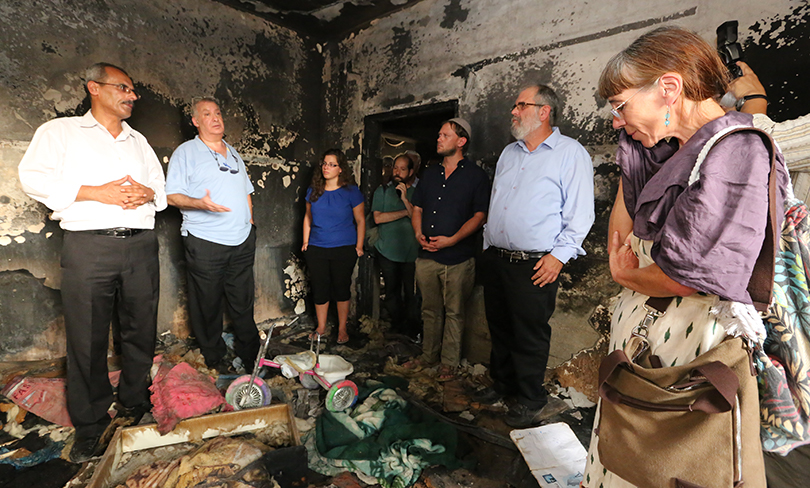 After several years of legal proceedings, Amiram Ben-Uliel has been found guilty of murdering three Palestinians.

In 2015, the 26-year-old resident of a West Bank outpost near Shilo threw a firebomb into the home of the Dawabsha family in the village of Duma, which killed Rihab, Saad, and their 18-month-old baby Ali and seriously injured their four-year-old son Ahmed. Ben-Uliel was acquitted of being a member of a terrorist organization and sentencing is yet to be handed down.

The Dawabsha family attorney expressed satisfaction with the verdict although he regretted that Ben-Uliel was acquitted of being a member of a terrorist group. “The hilltop youth carry out terror attacks every week,” he said.

Hussein Dawabsha said, “It is good that the murderer will remain behind bars but it will not bring back my son, grandson and daughter-in-law. My grandson is asking every night where his mother, father and brother are. This verdict does not make it any easier to answer him.”

Convictions like this one are rare in cases of settler violence. NIF grantee Yesh Din has documented fifteen years of ideologically-motivated crimes perpetrated by settlers against Palestinians, in which 91% of cases end in investigations being closed without indictment. The conviction of Bel-Uliel is the exception to the rule of near total-impunity for violent crimes committed against Palestinians and their property, and it can largely be chalked up to the widespread outcry following this heinous act of violence.

Shortly after the attack in 2015, NIF grantee Tag Meir visited four-year-old Ahmed Dawabsha in the hospital to pray for his recovery. “Repentance and atonement is required for the desecration of G-d’s name that was done in Duma,” said Tag Meir Chairman Gadi Gvaryahu.

After Monday’s conviction, Rabbis for Human Rights Executive Director Avi Dabush wrote in Israel Hayom, “Judaism teaches us self-repentance and soul searching and condemns persuading ourselves that everything is fine. We cannot remain quiet.”