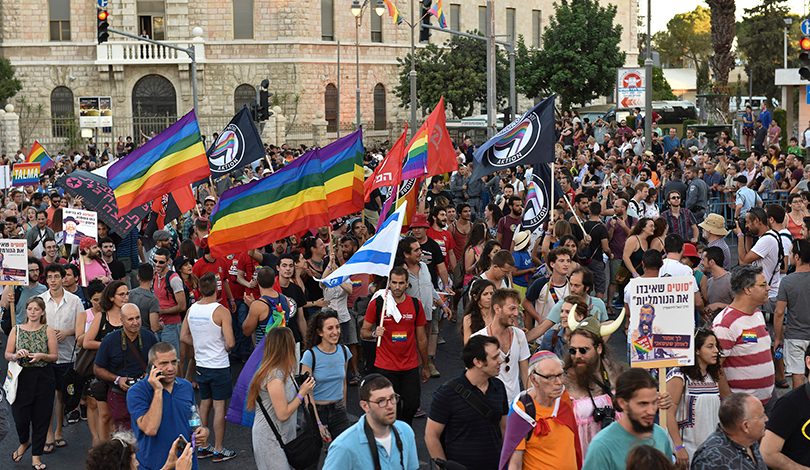 More than 2,000 people marched through the streets of Kfar Saba in the city’s first-ever pride march last Friday. This achievement, however, had been in doubt just days earlier. The local police had demanded that the organisers pay for the construction of a six foot high fence along the main street to protect (and to conceal) the marchers. The local organisation could never have afforded the $7,500 cost and saw no reason for such a high fence.

The organizers, together with Association for Civil Rights in Israel (ACRI) and The Aguda – Israel’s LGBT Task Force petitioned the High Court of Justice. Knowing that they would face scrutiny from the court, the police withdrew all of their demands and the march went ahead as planned.

Maya Chagi, 18 years old, one of 50 local LGBTQ young activists who organized the event said, “The fact that we can march through the main street of our city and see that so many people support us strengthens my feeling of confidence.”