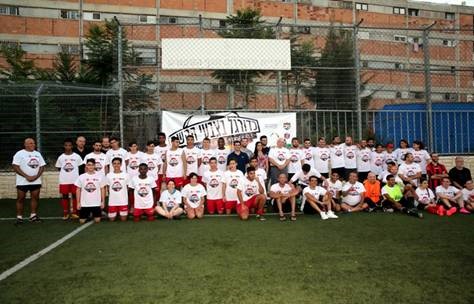 To mark Jerusalem Pride, New Israel Fund’s Kick it Out Israel organised a special tournament featuring players from the Rainbow team (made up of players from the Israeli LGBTQ community) and players from Hapoel Katamon, a team famous for its commitment to equality and shared society. Last year, for example, their players celebrated a victory by parading with a rainbow flag with the team logo. 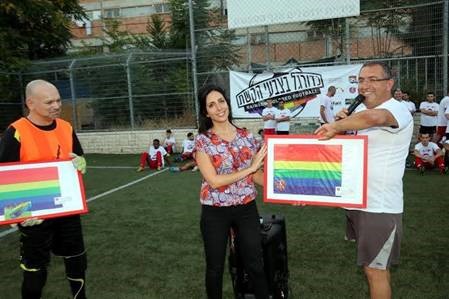 The tournament was kicked off by Gili Mosinzon, a leading Israeli basketball player (and son of the prominent late Israeli writer Yigal Mosinzon), who recently came out as bisexual. It was very important that such a high-profile figure took a leading role in the event. Afterwards, there was a minute’s silence in honour of Shira Banki, who was murdered at last year’s Jerusalem Pride. 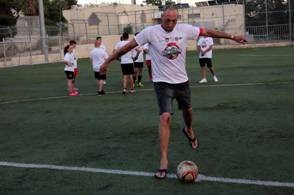 This is the first time that a professional Israeli football team has taken part in a tournament with players from the LGBTQ community. The event received coverage in the Israeli media (both sport and mainstream).

New Israel Fund was also one of the sponsors of Jerusalem Pride, held Thursday 21 July, with estimates of as many as 25,000 participants. This was the first Jerusalem Pride march since the murder of Shira Banki.