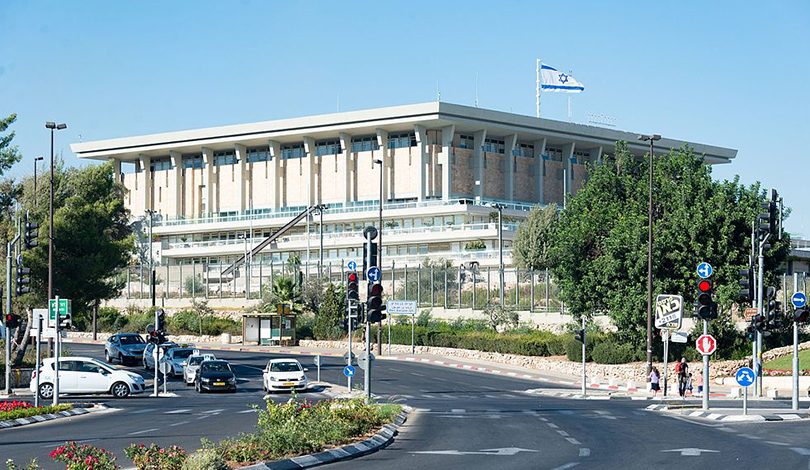 In the wave of anti-democratic legislation introduced over the last several years in the Knesset, two bills stand out as particularly threatening to Israeli democracy. Both are expected to come to a vote in the Knesset or at the Cabinet level in the coming weeks.

The first, the so-called nation-state bill, has been introduced in several iterations over the last five years. With the status of a Basic Law – somewhat equivalent to an American constitutional amendment – the effect of the bill would be to reduce the civil liberties of Israelis and redefine Israel as an ethno-religious state.

NIF and our action arm, Shatil, have been fighting this bill since its inception. Israel is manifestly a Jewish country, both legally and culturally, and codifying Jewish identity in a Basic Law could not help but relegate Arab and other minority citizens to second-class status. Additionally, the current version of the bill demotes the status of the Arabic language and allows for outright discrimination by Israeli communities against newcomers who might not meet their social or religious standards. Further, by protecting religious heritage the law may undo decades of progress towards protecting and expanding women’s rights in Israel.

The newest version of the bill will almost certainly pass its first reading in the Knesset next Monday. However, thanks to the outspoken opposition of dozens of civil society groups, some of the worst proposals have been eliminated.

No longer will the bill require judges to follow Jewish religious law if there is not an appropriate precedent in civil law. Hebrew is designated as the state’s official language, with a “special status” for Arabic, but the bill specifies that no usage of Arabic as is currently practiced will be downgraded by the bill’s passage. And although the bill still allows ethnic or religious communities to build separate towns for themselves, the Knesset Legal Adviser warned that this clause will never stand up to High Court scrutiny.

But that, of course, depends on the High Court retaining its current judiciary power. A new bill that would eviscerate the Court’s ability to overturn Knesset legislation may come to a vote in the Legislation Committee next month. If the bill proceeds, it may prove to be the most dangerous one of all to Israel’s democratic institutions.

Originally an intellectual exercise in right-wing circles, the High Court bill gets more dangerous with every rewrite, as politicians from the Prime Minister on down try to outdo each other to produce the most extreme version. The current justification is the High Court’s rejection of the government’s plan to forcibly deport almost 40,000 people seeking asylum in Israel. Even the person considered to be the “moderate” of the governing coalition, Finance Minister and Kulanu party head Moshe Kahlon, says he will vote for a bill that overturns the High Court’s decision in that instance.

The head of the settler Jewish Home party, Naftali Bennett, and his colleague Justice Minister Ayelet Shaked are pushing hard for something to pass, as elections loom and they need a solid accomplishment to present to their right-wing voters. Their version of the bill would allow 61 Knesset members, a bare majority, to overturn a High Court decision that rules a Knesset bill unconstitutional. Their motive is clear: legislation like last year’s bill that retroactively legalized theft of Palestinian private property in the West Bank are clearly illegal and will likely be reversed by the justices. Thus, the best remedy from their point of view is to wreck the High Court.

Civil Society is Pushing Back

Civil society is pushing back. Shatil’s Center for Policy Change (CPC) and the Association for Civil Rights in Israel (ACRI) are working hard to communicate with both members of the Knesset and the public about the extraordinary risk to Israeli democracy presented by crippling the High Court. An ACRI video (below) explains the many High Court decisions that have benefited different Israeli sectors, from single parents to women to secular and immigrant Israelis.

“Most Israelis don’t realize the danger presented by these bills,” said CPC director Idit Menashe. “Our belief is that when they discover what this measure actually means in terms of removing legal protection from every Israeli, a public outcry will deter the bill’s passage.”

“Every poll shows that most Israelis trust the High Court more than they trust the Prime Minister or the Knesset. Our job is to ensure that the balance of power that protects Israeli democracy and human rights is not fatally compromised or damaged. And we think we can succeed.”