Lowering the Walls in Jerusalem 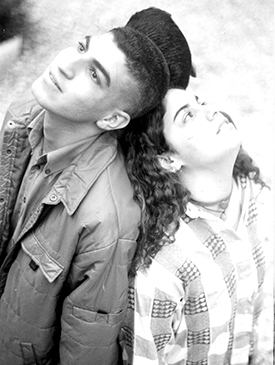 Nazeeh Ansari, director of youth and children’s services at the Jerusalem YMCA, has a dream. He’s had this dream for years: an overnight camp for Arab and Jewish youth from Jerusalem. Although it sounds simple, an overnight camp like this, let alone a summer camp, is extremely challenging to pull off in the divided city.

“We are losing our youth,” says Ansari. “They are being led to extremes. People are cut off from one another and for generations have grown up on the idea of not accepting each other.”

“Youth are the first to pay the price – of violence, of racism, of deep feelings of frustration. How do we prevent that? How do we offer an alternative? We want to give them tools so they can also act to lower the walls,” he says.

His colleagues at the YMCA formulated a plan to make the summer camp happen. They decided that it would be called, Lowering the Walls, inspired by a Shatil training that Ansari had participated in.

Ansari says the Shatil course that inspired his decision was a fascinating and corrective experience.

“We had deep and real discussions,” he says. “We were a strong, dominant group and Shatil was willing to be flexible to fill our needs. We wanted sessions on racism research and on the psychology and anthropology of racism and they organised them for us.”

Ansari is now hosting meetings of a graduates’ group from the Shatil training he participated in. A third cohort will undergo the training this fall.

Describing his motivation in developing the summer camp, Ansari says, “I wanted the youth to taste from the things I tasted in the course; to hear some of the experts I heard. I don’t want to bring together Jewish and Arab kids to eat hummus and take a picture and go home.”

“I want to stimulate their thinking, to turn them into activists.” He explains.

Ansari, whose first name means “fair,” was a community worker in the Jerusalem neighborhood of A-Tur, where he empowered local residents to fight against home demolitions. “We realised that the important thing was to build coalitions and put egos aside,” he says. With the help of NIF grantees Ir Amim and Bimkom, his group won their legal battle against the demolitions.

“Shatil stands behind, pushes and empowers,” he says. “It’s like what we did in A-Tur.”

Ansari’s commitment to shared living in his home town expresses itself in many aspects of his life. He was one of the founders of the Hand in Hand bilingual school in Jerusalem. His two older children are graduates of the school and he serves on the PTA.

He is a strong advocate of shared living, despite the odds.

“Even though we live as two peoples in conflict, we must create the conditions of a shared life,” he says. “I differentiate between two levels of the conflict: the political and the practical. Until there will be a political solution, we can’t ignore the interaction that needs to happen between the people.”