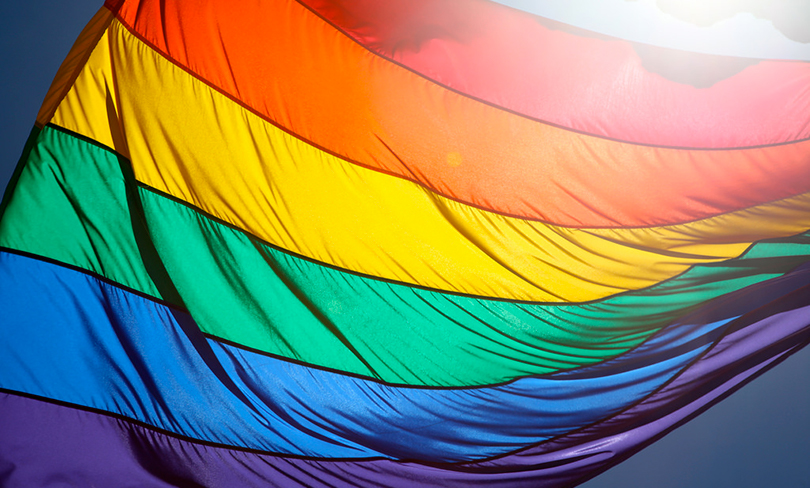 This year, “Making Room,” an initiative of young, religious LGBTQ people in Israel, brought hundreds more heterosexual religious people into dialogue with LGBTQ members of their own community.

Twenty-eight-year-old Hadas, who worked on the project, has seen the power of personal stories to move people beyond condemnation and towards acceptance.

Her own story starts in third grade:

“A new girl came to our school and I found myself thinking about her, wanting to be with her, wanting to impress her,” she says. “It was a new, strange, and exciting feeling. One Shabbat, I was taking a walk with my mom and I told her, ‘Ema, I love Bracha.’ She was silent—and that was not like her. I concluded that I shouldn’t talk about this. And I didn’t talk about it until I was 21.”

Hadas grew up in a religious family and went to all-girls religious schools through high school. She continued to have crushes on girls but kept them secret from everyone—even, on some level, from herself.

“I couldn’t even write about it in my diary,” she says. “It was very scary to think I might be a lesbian. In my community, that meant being rejected, not having a place or anything to live for… it was a thought I couldn’t bear. I thought it would pass.”

But it didn’t. Hadas kept falling in love with friends, with counsellors. In high school, she spent a lot of energy making sure no one would notice.

“I was very good at repressing it,” she recalls. “I was a very good student, very active, very accepted. I actually think it was for the best. If I had opened it up, I would have paid a high price.”

Eventually, Hadas sought out therapy. When, after a year, she told her religious therapist that she might be gay, “she didn’t fall off her chair…which was very meaningful for me.”

She tried to go out with boys, but it didn’t go anywhere and then one of her college roommates turned out to be bisexual. She was the first person Hadas had met from the LGBTQ community.

“I asked her tons of questions. I didn’t know this world at all,” she says.

They became involved and that was “very good, very empowering, very right for me,” says Hadas.

Shortly thereafter she told her mother, who reacted well. Only later did Hadas find out from her siblings—who accepted her news—that her mom had had a hard time at first. Hadas told her father six months later. It was the first time she saw him cry.

Three years ago, seeing how much power personal stories had through her volunteer work with Shoval, the organization that puts on the “Making Room” event, Hadas decided to tell her entire extended family.

“I was sure they would be critical and ask how I can call myself religious. But my very religious uncle said, ‘Hadas, what do you need from us?’ That was the moment I understood that my family stands behind me, that I won’t be thrown out, that I have a future.”

NIF has been supporting the “Making Room” project for several years. Last year, with Shatil’s guidance, the number of events jumped to 18. This year they held 28. Earlier this month, 600 people around the country, including members of the nationalist Haredi community, came to the events. In some communities, activists had to overcome local opposition. For some, it was their first encounter with someone who was out of the closet. People were moved.

One young woman who brought two work colleagues to an event wrote, “We talked about it all the way home. It opened their eyes to the challenges with which we have to cope. One of them, who is quite religious and didn’t really want to come, said she was so happy I had dragged her there. Organizing these meetings is holy work.”

“Shatil is a huge source of knowledge and experience and they really know the field,” Hadas says. “They gave us excellent guidance about strategies, how to work well, how to organise projects. I can come with an idea and there will be someone very professional and flexible with whom to toss it around.

“Ten years ago, there was no concept of ‘religious gays,’” says Hadas. “That has changed. Today, rabbis deal with it, communities are more accepting, it’s easier for parents. Things are really changing.”