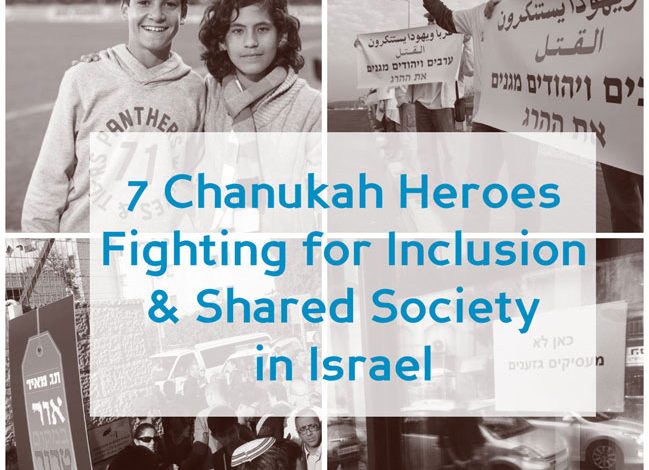 1. Tag Meir: Light Instead of Terror

The Tag Meir coalition began in response to the “Price Tag” phenomenon, but has since evolved to confront all instances of racist violence and hatred. From solidarity visits, to shiva calls to rallies, Tag Meir is the only consistent grassroots Israeli response to scenes of racism and intolerance. While the extremists behind the violence seek to rip Israeli society apart, Tag Meir’s embrace shows the victims that they are not alone.

Recent events have included: A major rally at the site of the torched Hand-in-Hand bilingual school in Jerusalem; a demonstration demanding meaningful action to stop hate crimes; and condolence visits to Jewish and Arab communities who have lost love ones to hate crimes and racist violence. 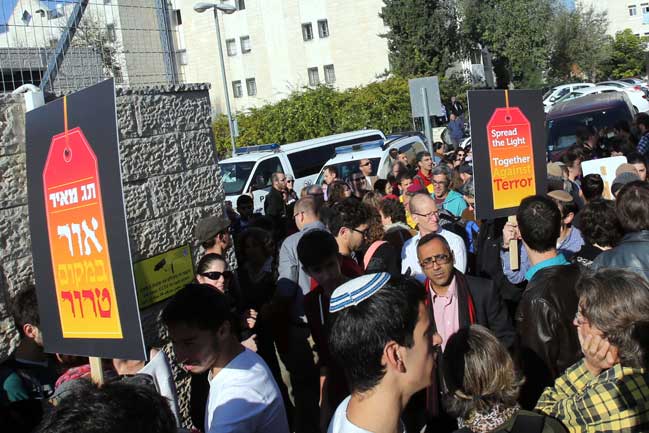 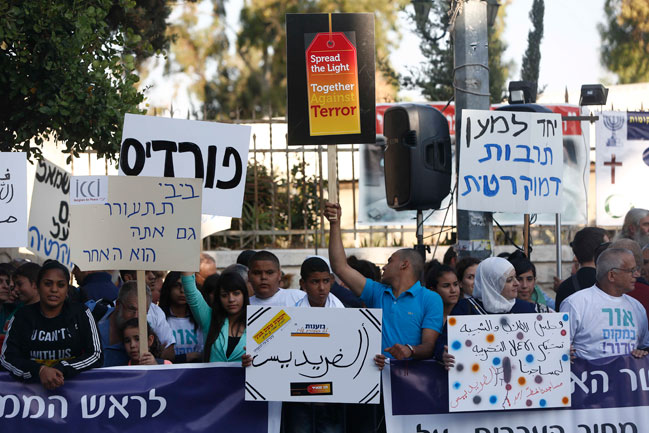 At a condolence call to the family of slain teenager Muhammad Hussein Abu Khdeir. 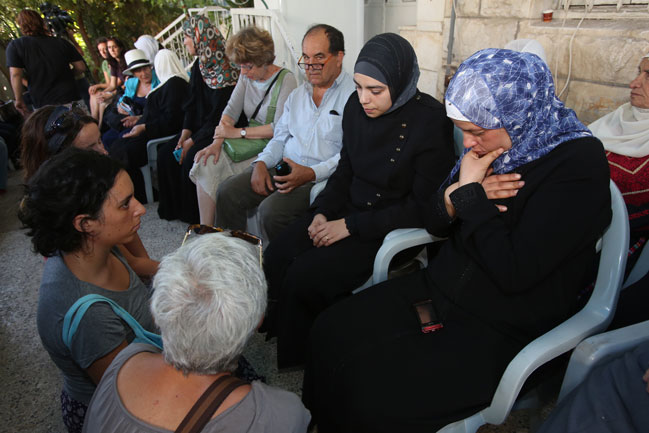 More and more Israelis are taking a stand against racism and incitement. The Shpagat bar and café posted a sign in their window this November reading: “We don’t employ racists here.” The photo went viral as it expresses a sentiment shared by so many Israelis. 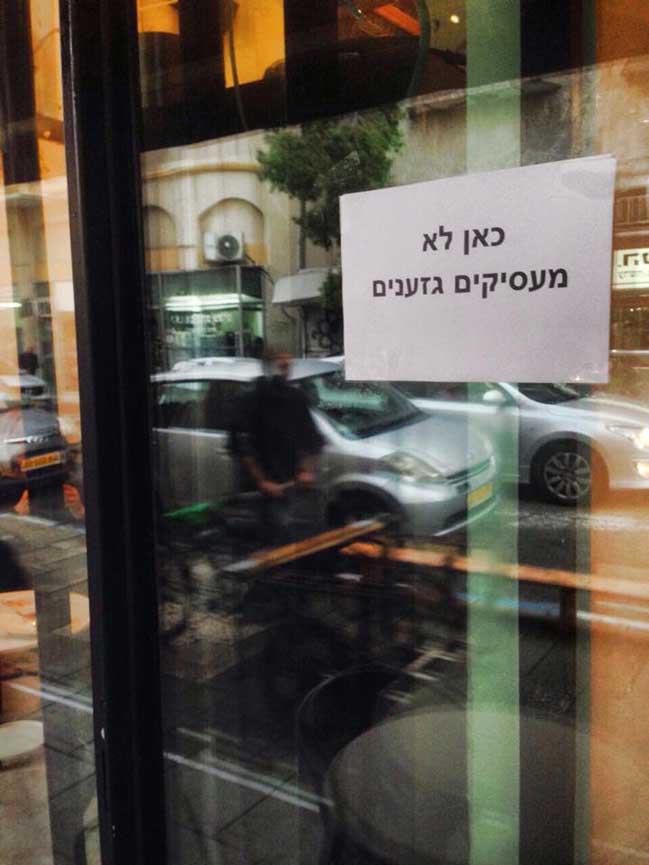 A sign reading: ‘Here we do not employ racists’. Photo via Shpagat

3. Awareness 4 U: A Return to Hope and Optimism

In the predominantly Arab Wadi Ara region, NIF grantee Awareness 4 U is holding regular vigils showing Jewish-Arab solidarity, just as they did during the war in Gaza.

In the words of the organisation’s director, Amne Kanane: “We felt that we had to do something in light of the recent deterioration. Together we can strengthen dialogue and partnership, together we can protect our democracy. All of us – Jews and Arabs, equal citizens before the law, condemn the killing and support a return to hope and optimism.”

Demonstrations like these pave a path towards a future marked by equality instead of hatred. 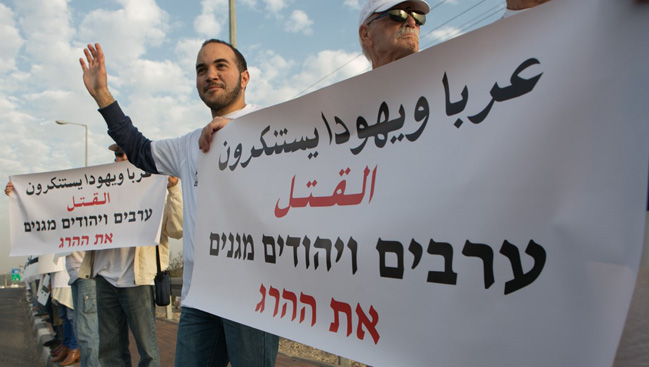 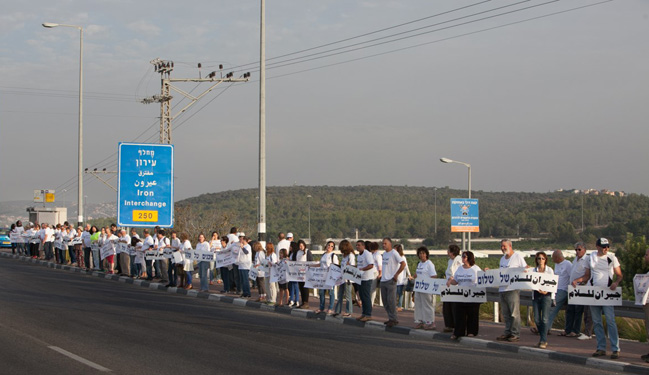 4. Football Activists: Kicking Racism Out of the Stadium

NIF’s Kick It Out (KIO) programme works to combat racism in Israeli society through football. One of the most powerful recent events was a special ceremony featuring Jewish and Arab children during half-time at the Israel and Bosnia match in Haifa. The ceremony promoted a message of shared society, mutual respect, and tolerance during these difficult times.

The players then came out onto the field to release the banner reading “We’re all equal – we’re all one team” and balloons into the air. There were 32,000 spectators in the stadium, including the Israeli president, prime minister, and finance minister. 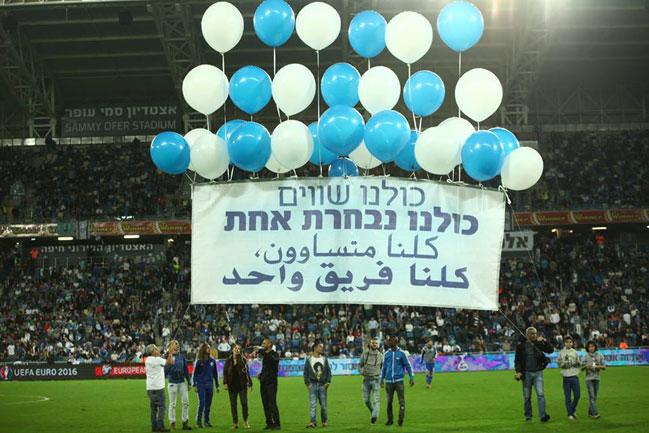 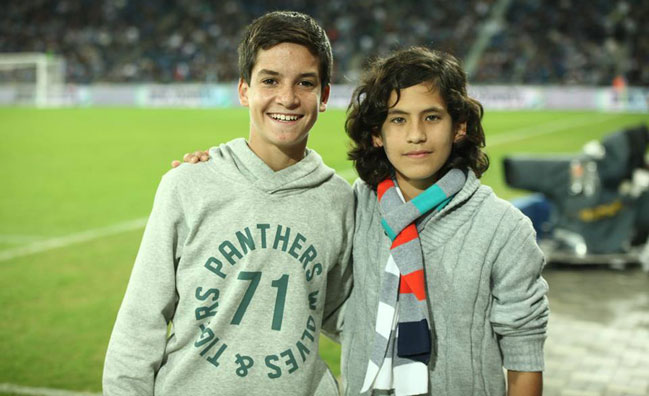 President Rivlin disinvited Amir Benayoun, a popular Israeli singer, from an event at his residence following the release of a racist song.

In comments published by the Times of Israel, Harel Tubi, the director general of the President’s Residence, wrote to the event’s organisers:

“Against the background of the release of Amir Benayoun’s latest song yesterday, I wish to notify you that we will not be able to allow him to perform at the President’s Residence. Amir Benayoun is a renowned and exceptional artist, and his talent has greatly contributed to Israeli music. However, his statements made at this time of conflict and tension, even if uttered out of frustration and pain, do not, to say the least, help bring calm to the streets, and are inconsistent with the responsibility required of the President’s Residence, and of all institutions with influence over the public discourse, to work to alleviate tensions, and promote cooperation rather than division in Israeli society.”

Here is a sample of the despicable lyrics from “Ahmed loves Israel:” (Full video below in Hebrew)

“It’s true that I am just ungrateful scum. It’s true, but I am not guilty, I wasn’t brought up on love. It’s true that the moment will come when you will turn your back on me, and I’ll stab you right in the back… “Who benefits from all worlds like I do? Today I am moderate and smiling. Tomorrow I will send to hell, a Jew or two,”

This isn’t the first time Rivlin has taken a public stand against racism. Earlier this year, he starred in a heartwarming anti-racism ad.

After a terrorist attack in one of his grocery stores, it would have been easy for supermarket chain owner Rami Levy to acquiesce to racist demands that he fire Arab employees. But he didn’t.  Just two hours after the attack, Levy said: “Some people have an interest in ruining co-existence, but we will not let them win.”

And later he added: “We hire workers regardless of religion, race, or nationality. We have laws in Israel. Just as I wouldn’t want France or other European countries to say they won’t hire Jews or allow Jews to enter, I wouldn’t want that here.” 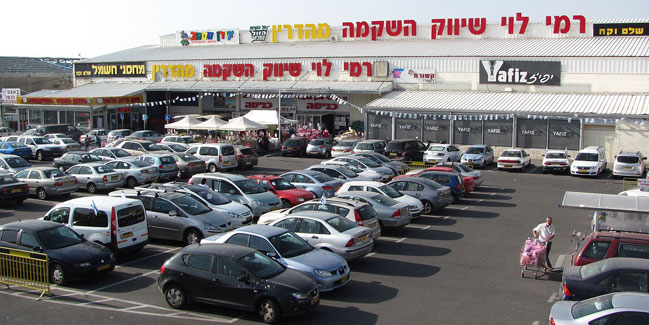 7. Get Taxi: Racists Can Take a Hike

When Yael Mahvov posted a racist screed on Facebook, the response was amazing.

“I am a regular customer of GetTaxi, but I stopped, every driver lately has been Arab!!!” Mahvov wrote. “As if there is a shortage of Jewish drivers. You’ll lose. Amen!!!!”

Get Taxi choose not only to respond to the comment, but to call her out on her racism:

“Yael, we are a company that respects every human being. As you know, there is a law in Israel that forbids discrimination against people based on any parameter, including their religion and ethnicity. We assess each of our drivers on the values of our company (reliability, service, etc), and not on his/her origin. Your racist comment was out of line. However, if that’s how you feel, you are more than welcome to forgo our services. During times like these we need to promote a dialogue of acceptance — not of racism,” 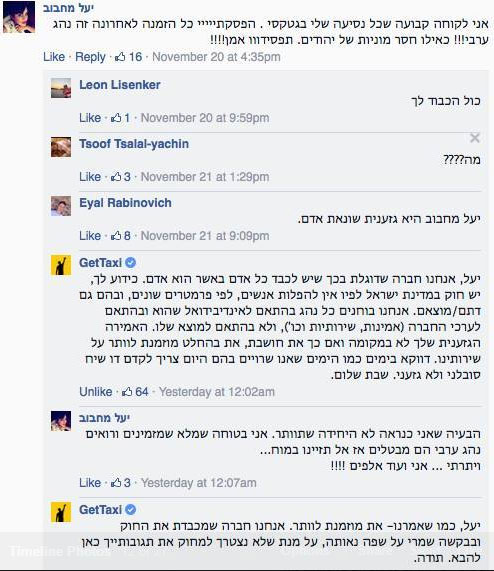