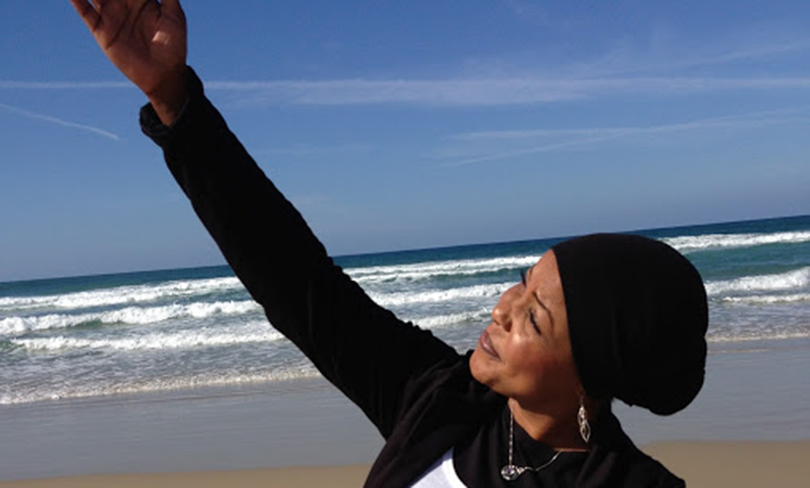 Thirty-nine year old Amal Alnasasra grew up among the poorest of the poor in Rahat’s neglected Neighbourhood 20, which is home mostly to Arabs of African descent.

Today, as co-director of Sidre, which works for Bedouin women’s advancement and equality, she is positioned to make change. She is even being encouraged to run for Knesset on an independent women’s list in 2023.

Amal’s road to leadership includes participation in Shatil’s US-funded Bedouin women’s For Our Rights project. Amal said participation in the project showed her that change is possible – and that women can bring it. This insight continues to be important to her.

Within the rights project, Amal led an initiative that educated black Bedouin women agricultural workers about their rights—something no one had done before. She rose in the ranks at that project and soon after moved to Sidre where she quickly became its co-director.

“I want to improve the status of Bedouin women,” says Amal. “To give legitimacy to Bedouin women’s right to strive, to dream, to realize their desires, to achieve what they want…”

Although Bedouin women are making strides, the majority still live in a patriarchal, traditional society that dictates just how far they can go and whom they can marry. Polygamy and so-called “honour killings” are part of life for Bedouin women.

But Amal is optimistic. “I see many women who started with zero—and today are in a place of decision making,” she says. “There are Bedouin women who are heads of municipal departments and school principals. In our neighbourhood alone there are now three women lawyers and a school principal. In our society, people usually don’t believe that dark-skinned people can succeed. So this reinforces my belief that yes, it is possible.”

Amal credits Shatil Negev Director, Sultan Abu Abaid, for believing in her and pushing her toward leadership.

“Sultan wasn’t just my boss, he was a significant, facilitation leader who wants to advance Bedouin women,” she says. “He always supported me and gave me a feeling that Bedouin women must believe in themselves, that we can succeed.”