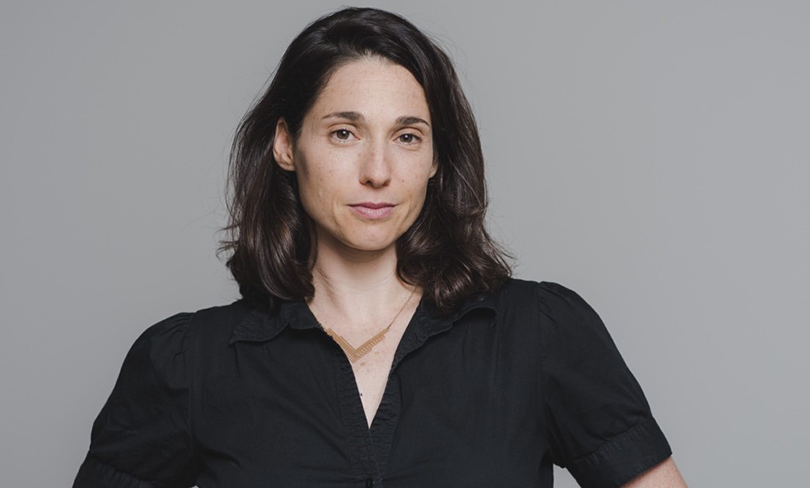 Before looking ahead to the Jewish New Year, Michal Sella recalls how her career as an activist began in fourth grade, when Prime Minister Yitzhak Rabin was assassinated. “I was already acutely distressed by the violence I felt around me; so as an active member of the Hashomer Hatzair youth movement, I went to as many protests and demonstrations as I could,” says Michal.

When Michal was ten years old, her grandmother was killed in a terrorist attack in Tel Aviv’s Dizengoff Center. In her father’s eulogy that appeared on the front page of the Yediot Achronot newspaper, he wrote: “She was a person of peace,” and “we are a people of peace.” Michal says that she learned an unforgettable lesson from her father — that even in a state of deep grief and bewilderment, revenge is not the answer.

Hashomer Hatzair continued to play a major role in Michal’s development, from the youth movement in Jerusalem where she grew up, to a year of pre-army service, launching a Hashomer Hatzair branch in the northern town of Shlomi. Michal then served in the IDF “community building” Nahal Brigade, and lived in the Hashomer Hatzair commune in Holon following the army. The imprint of these years is clearly etched into Michal’s conviction that “we need to show the Israeli people, that there are different ways to be a Zionist,” and that democracy is as much about equality as it is that “the majority rules.”

Michal went on to study journalism and history at Tel Aviv University. She loved history, and through journalism, she felt she could most influence the public discourse. Through her work at Israel Television Channel 2, Michal produced a documentary called “Crossing Lines,” about a community of extremist nationalist-religious young men known as the “Hilltop Youth,” who are determined to establish new West Bank illegal settlement outposts at any cost.

Michal recalls: “I really got to know and understand the culture of these young men, their ideology, and the way their youthful zealousness is exploited by adults, as part of a greater strategy to settle the West Bank…. I understood that politicians might not have an ideology, but these people do. And we need to have a counter ideology ready to go.”

“The Hilltop Youth told me that their biggest problem was a lack of control over the Supreme Court. And today, one of our most daunting challenges is to block the Override Bill, which would drastically limit the powers of the Supreme Court. It’s chilling to see some of those ‘young rebels on the fringes’ I interviewed eight years ago, today looking completely at home as they wander around the Knesset.”

Michal earned an MA in Public Policy at Oxford University. When she returned to Israel, she co-founded The Whistle, the first Israeli fact-checking organisation committed to accountability in the Israeli public discourse. (NIF initially incubated and funded The Whistle, which was recently acquired by Globes, an Israeli business news site.)

Since October 2018, Michal has directed Shatil’s Centre for Policy Change, coordinating Shatil’s advocacy efforts, as well as consulting and training for activists and organisations including the gamut of NIF grantees.

“Shatil stands at the centre of the social change world; organisations and activists reach out to Shatil for whatever they need,” says Michal. In the run-up to the recent elections, Shatil provided a special legal consultation platform for organisations under campaign attack.

Post-elections, Michal feels encouraged: “As we look forward to Rosh Hashana and the new year, we find ourselves at an historic moment. For the first time in 27 years, the Joint List, (a political alliance of the main Arab-dominated political parties in Israel,) is endorsing a Zionist candidate, (Blue and White party leader) Benny Gantz for prime minister.” The support of this party could provide Gantz with the needed edge over Prime Minister Netanyahu.

When asked about the society she dreams of for her first child, whom she is expecting in a few weeks, Michal answers simply: “Equal.”

“I think it is entirely plausible to envision Israel as an equal, truly democratic society. When I see individuals and groups joining to block the Override Bill — lawyers, academics, business people, artists, and hi-techers – all kinds of people who till now have remained passive. It gives me hope.”