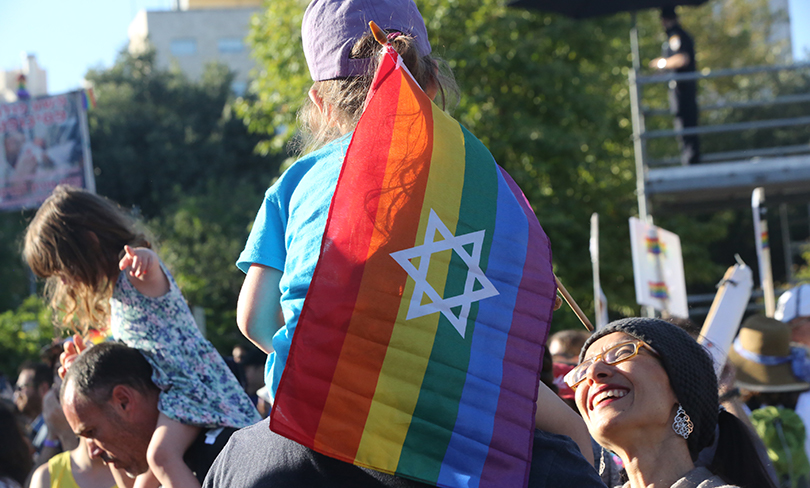 Israeli mayors and educators mobilised to condemn homophobia after Israel’s interim Education Minister Rafi Peretz made hateful comments last weekend about LGBTQ people. Peretz, who has previously voiced support for gay conversion therapy, was asked in an interview how he would react if one of his children was gay. He said, “Thank God my children grew up naturally and healthily, so there is no ‘if.’ A normative family is a man and a woman and it should be kept that way.”

In response, more than 3,000 students gathered in Tel Aviv on Wednesday to protest discrimination and hatred against Israel’s LGBT community. Israel’s mayors and educators were also swift to condemn these disturbing comments. Ramat Gan Mayor Carmel Shama Hacohen said, “Such dark comments, drenched in hate against the LGBT community, have no place in Israeli society in 2020… Over the next month, I will personally visit all the city’s high schools and hold talks with students about human rights of love for humanity regardless of race, gender, religion, age, faith and sexual orientation.”

Educators saw Peretz’s comments as an affront to the values of inclusion and acceptance in their schools, and used this moment to underline their support of LGBT students and staff. The Head of Israel’s Teachers Union, Yaffa Ben-David said, “As an organization representing teachers, we’ll be on alert to ensure that teachers and students are not harmed and don’t experience discrimination of any kind. We will continue to educate for equality, tolerance and accepting differences.”

Givatayim Mayor Ran Kunik said, “We won’t let anyone including Rafi Peretz damage democracy, progress and the freedom of every person to decide how to live their life in dignity and according to their personal choices.”

Peretz homophobic comments did not occur in a vacuum. The leader of the far-right Jewish Home party, he has staunchly advocated to annex the West Bank without extending full civic equality and voting rights to Palestinians who live there, and has in the past advocating expelling all migrant workers, refugees and asylum seekers from the country.