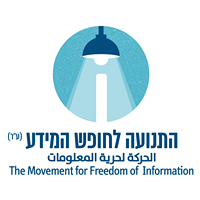 The revelations are a victory for the Movement for the Freedom of Information in Israel, which is working to establish a culture of governmental transparency in Israel.

“This report is one of the fruits of the long struggle that the Movement for the Freedom of Information has lead to reveal the use of public funds,” the organisation said on its website. “We would be pleased if the Prime Minister’s office would be the leader in establishing the norm of government budgetary transparency.”

The Public Knowledge Workshop and Social Guard, NIF grantees, and the Citizen’s Empowerment Center were also involved in filing several petitions to push Benjamin Netanyahu’s office and other government ministries to make public their contracts with suppliers in 2015.

These organisations cooperate to ensure that government ministries comply with Directive 10, a regulation requiring all ministries to publish quarterly expense reports.

The Prime Minister’s office report revealed that $92 million was spent by the office in 2015 on contracts out of a total budget for the ministry of $560 million.

As part of the campaign for more government transparency, the Public Knowledge Workshop set up a website to monitor compliance with Directive 10.