The Public Knowledge Workshop is trying to put government data in the hands of the people.  One way they are doing this is with their “Open Laws Book” on Wikimedia – an online database of Israeli laws open to everyo 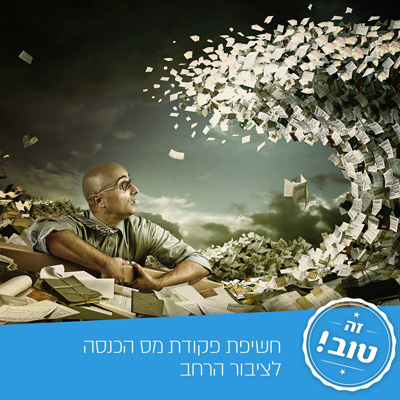 But when Tsvi Davir, a volunteer at the Public Knowledge Workshop, uploaded the current Israeli Tax Ordinance (the law according to which all income tax in Israel is collected), the last thing he expected was to be sued, much less by the Tax Authority itself. But unbelievably, that may happen. Soon after posting the information, he received a letter threatening a lawsuit for violating the Tax Authority’s copyright. The full ordinance is not available in any single collection or book published today.

“In my eyes it’s crazy that in a government of law, there is no official version of the Tax Ordinance and the Authority is not taking responsibility for it,” Davir said. “The establishment of the Open Laws Book project in 2015 is a response to the meager effort of the country to put out a single, official version of the laws. Friends of the Workshop are doing the job of the authorities completely for free, and at the end of the day we are sued for it by the authorities themselves.”

The Public Knowledge Workshop is a non-profit organization whose mission is to release public information and make it easy for the public to meaningfully engage with the data. Their goal is to transform government data into public knowledge and empower public participation. The New Israel Fund is a proud supporter of their efforts.