Outpost Bill Back on the Table

Following the UN Security council vote, the Outpost Bill, which legalizes settlements built on private Palestinian land in the West Bank (and was originally postponed until after President Elect Donald Trump takes office), is back on the table – but still faces an uphill push before it becomes law.

The Attorney General has already declared that it would be indefensible in court. 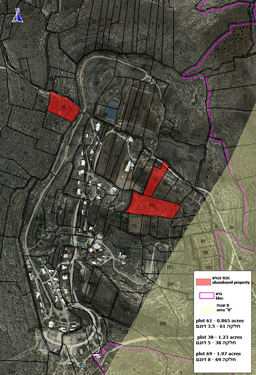 After the bill passed in a preliminary vote, NIF President Talia Sasson, who wrote an official government report on the outposts in 2005, said: “For the first time the Knesset has given the cover of legality to crimes perpetrated by settlers called outlaws by the Supreme Court. The theft of land by force cannot be whitewashed simply because the thief is Jewish and the victim is a Palestinian-Arab… Today, instead of enforcing the law against those who violate it, the government changes the law and turns a stealer of land into a ‘thief with the authority of the law.’ The very act of legislating this is a stain on the face of the State of Israel, endangering it and those who work in its name with criminal proceedings in international institutions.”

Meanwhile, NIF grantee Yesh Din and a group of Palestinian villagers have petitioned against the government’s plan to move residents of the illegal outpost of Amona to nearby land. Yesh Din lawyer Shlomo Zaharia called the plan “an attempt to appease a group of criminals and land grabbers who have settled in an area that doesn’t belong to them and have broken every existing law regarding the land.”

Yesh Din has produced the following short film (below) providing background to the conflict over the outposts.