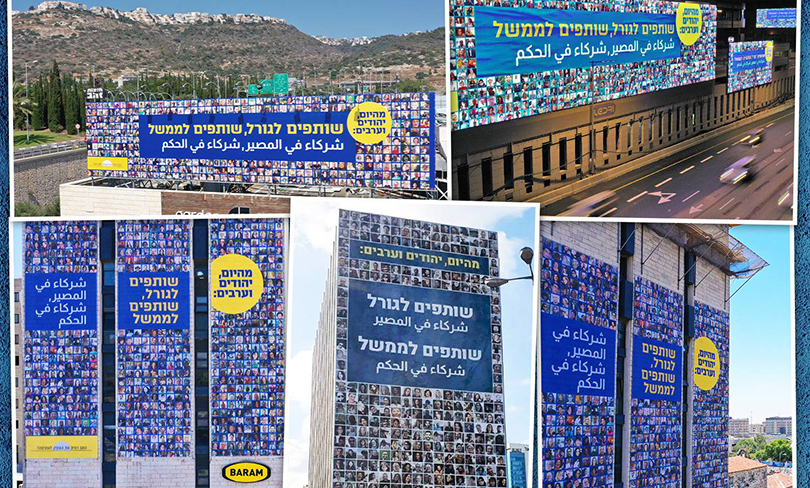 Over the past month huge billboards were unveiled on the Ayalon Highway that runs alongside Tel Aviv. They bore the slogan “Starting today, Jews and Arabs are Partners in Destiny, Partners in Government [signed,] Have You Seen the Horizon Lately.” The billboard features tiny pictures of hundreds of Israeli Arabs and Jews who have been involved in Arab-Jewish partnership activities.

The billboard campaign celebrates the historic political partnership in Israel’s newly formed government. For the first time in Israel’s history, an independent Arab party is a partner in a governing coalition. The campaign will be extended in the coming days to billboards in Jerusalem, Nazareth and Haifa.

The billboards are designed to convey the message that political change is possible with the assistance and cooperation between Jews and Arabs. Social change activists are being urged to share the image of the billboard on social media.