Proud of Our Role in Jerusalem Pride 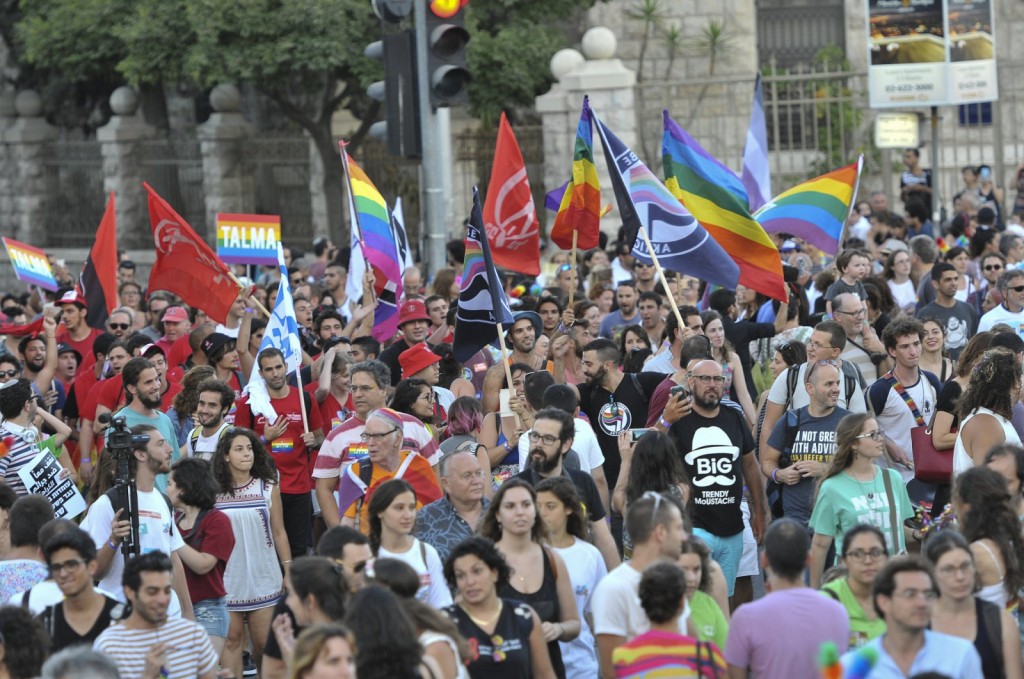 The New Israel Fund played a key role in the biggest ever Jerusalem March for Pride and Tolerance (organized by Jerusalem Open House), which was attended by more than 25,000 people! NIF was one of the funders of the event, and also worked closely with Open House for months on production, marketing, and media. It was also the first time that NIF ‘Livestreamed’ an event on Facebook, with hundreds of thousands of people around the world tuning in for live footage in Hebrew and English. You can see the Livestream footage in English here (and in Hebrew here), and check out pictures from the parade here:

The record turnout shows that the march has become more than a demonstration of solidarity with the LGBTQ community and is now a demonstration of support for equality, tolerance, and freedom of expression. Another reason for the large numbers of people was that it marked the first anniversary of the death of 16 year old Shira Banki, who was murdered at last year’s march. One of the most moving parts of this year’s event was her father Uri’s speech: “The lesson we have to learn from Shira’s murder is that moderation is a virtue for all of us, and that radicalization of any kind is a sure fire path to destruction.”

NIF and SHATIL have been at the forefront of the LGBTQ struggle in Israel for years and will continue to do all we can to ensure full equality for the LGBTQ community.