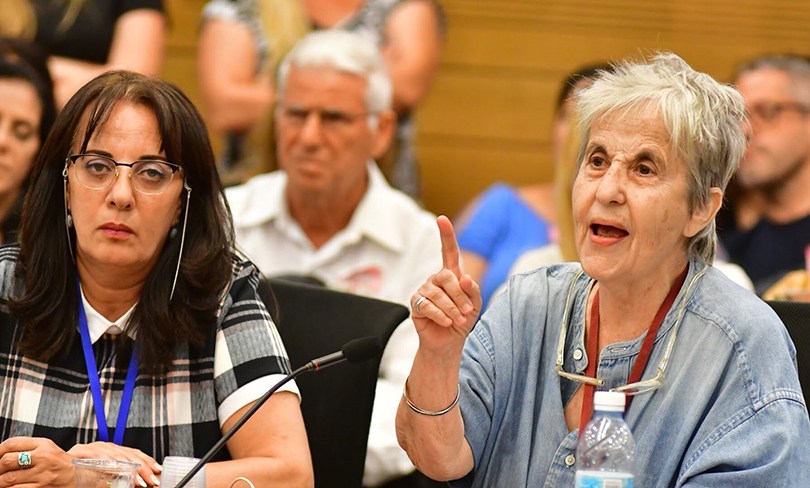 “Without our struggle, this would not have happened,” Public Housing Forum activist and single mother Rikki Ben Lulu, said in a radio interview.

In the coming weeks, many single mothers will begin receiving at least an additional NIS 3,000 per month in rental assistance and will be put on the waiting list for public housing within a year.

“This is the main thing that we have fought for in recent years,” Shatil advocacy expert Danny Gigi told Israel’s top two radio news shows. “We have met one of our main goals.”

The pressure to change this policy has been ongoing. Shatil worked with the Public Housing Forum all last year to bring dozens of activists to the Knesset to pressure public officials on the issue. Thanks to Shatil’s pressure, the legal assistance department of the Ministry of Justice submitted a legal petition against the Ministry of Housing’s policy. The court’s judgment stated,

“This petition turns the spotlight on the many obstacles facing…people who live in poverty to realize their rights, including public housing. The cumbersome procedures, the lack of knowledge, and the lack of access to the administrative authorities and the court – all of these obstacles stand between [single mothers] and the realization of their rights.”

As Israel adjusts to the results of the elections, there is much work to be done. Whether targeting needlessly stringent criteria for mothers applying for public housing or working towards reinforcements for public apartments in southern Israel (which are at risk for rocket attacks), Shatil will continue to fight for the housing rights of all Israelis.