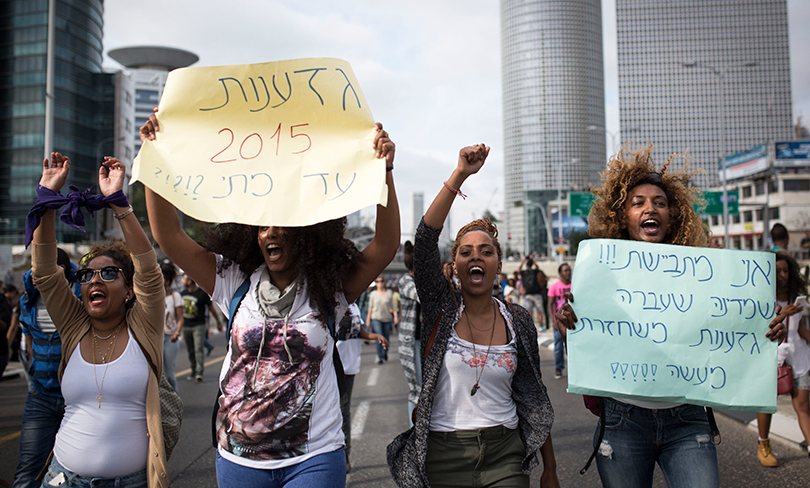 The NIF community was at the forefront of the Israeli public outcry after Barkan Wineries dismissed its Ethiopian-Israeli Jewish employees. Barkan was acting at the behest of an ultra-Orthodox authority (Badatz), which refused to award the winery its kosher certification because it employed Ethiopian Jews, who the authority does not recognize as Jews.

Uri Elmanach, Chairman of the Ethiopian Workers Committee at the winery said, “I touched some wine and the kashrut supervisor took it and smashed the bottle in front of me.”

Immediately after the story broke on Channel 11 news, many NIF grantees, including KIAH – Kol Israel Haverim, led Israel’s civil society in expressing outrage at Barkan’s agreement to the racist demands of Badatz and insisted that the Ethiopian-Israeli employees be reinstated.

Shmuel Shetach, Executive Director of NIF grantee Ne’emanei Torah Va’Avodah, a liberal Orthodox organization, called for a consumer boycott of Barkan’s wines. “Badatz is a private body and what is needed is a clear protest by consumers of kosher wine. There are other Badatz authorities in the world and there are many other wines that we can drink.”

Ethiopian-Israeli soccer player Imaye Taga, a member of NIF’s Team for Social Responsibility, a team of top Israeli soccer players who use their celebrity status to speak out publicly against racism, posted a clip of himself smashing a bottle of Barkan wine with a ball. “The way to protest against Barkan is to smash their wine, sweep it up and put it in the garbage,” he said.

Such sentiments proliferated on social media and in the media and were accompanied by similar calls from political and religious leaders and other public figures. Barkan swiftly backed down and reinstated their Ethiopian-Israeli employees, preferring to lose their Badatz kosher license than further damage their reputation in mainstream Israel.