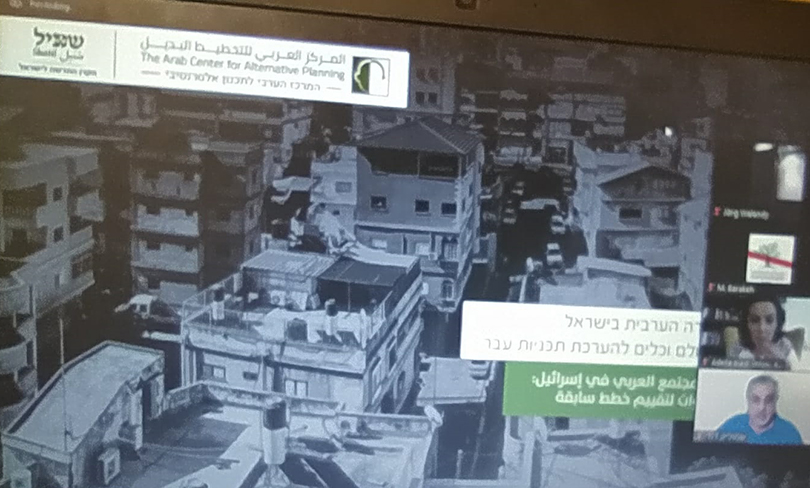 With high reproduction rates, Israel’s population grows by 2% each year, and is set to double by 2065, a rate of growth which outpaces other members of the Organization for Economic Co-operation and Development (OECD). The National Economic Council, the Israel Forum for Population, Environment and Society, and many other experts have been sounding the alarm – Israel faces a “catastrophe” in housing if massive urban renewal and planning processes are not implemented.

For the Palestinian-Israeli population, the 20%+ of Israel’s citizenry that are Arab, this is not a hypothetical future crisis, but a very real one. Not a single new Arab town has been built since the founding of the state in 1948– with the exception of towns created to concentrate the Bedouin population in the Negev. To meet current needs Knesset data indicates that 20,000 housing units plus an additional 6,000 units each year are needed beyond what is already being built.

Last month, Shatil, NIF’s action arm in Israel, together with NIF-grantee the Arab Center for Alternative Planning (ACAP), held a conference called State Responsibility for Providing Housing Solutions to the Palestinian Population in Israel. This was the first ever conference of its kind.

The conference brought together civil society groups, activists, Knesset members from Yesh Atid, Meretz and the Joint List, along with local authority representatives and professionals from the Ministries of Justice, and Housing and Finance in order to develop joint work to promote the right to housing. Roughly one quarter of the 100 participants in attendance were government officials.

Addressing the dire lack of housing for Palestinian-Israeli citizens cannot be limited to increasing construction. Discriminatory policies toward Palestinian-Israelis in land allocation and planning are equally responsible for creating this stark shortage and have contributed to the sense of alienation and widespread mistrust of the state and its institutions among Palestinians.

The conference received impressive coverage in the Arabic and Hebrew press according to Aya Zinatey, Shatil’s organizer in the Palestinian community. Zinatey noted, “The media attention is testament to the direct impact of housing and planning discrimination on the daily lives of Palestinian citizens.”

Zinatey added that, “Our conference brought people personally suffering from this discrimination into direct contact with Knesset members and government officials. This almost never occurs. Shatil will continue to foster direct activism by those whose right to housing is violated.”