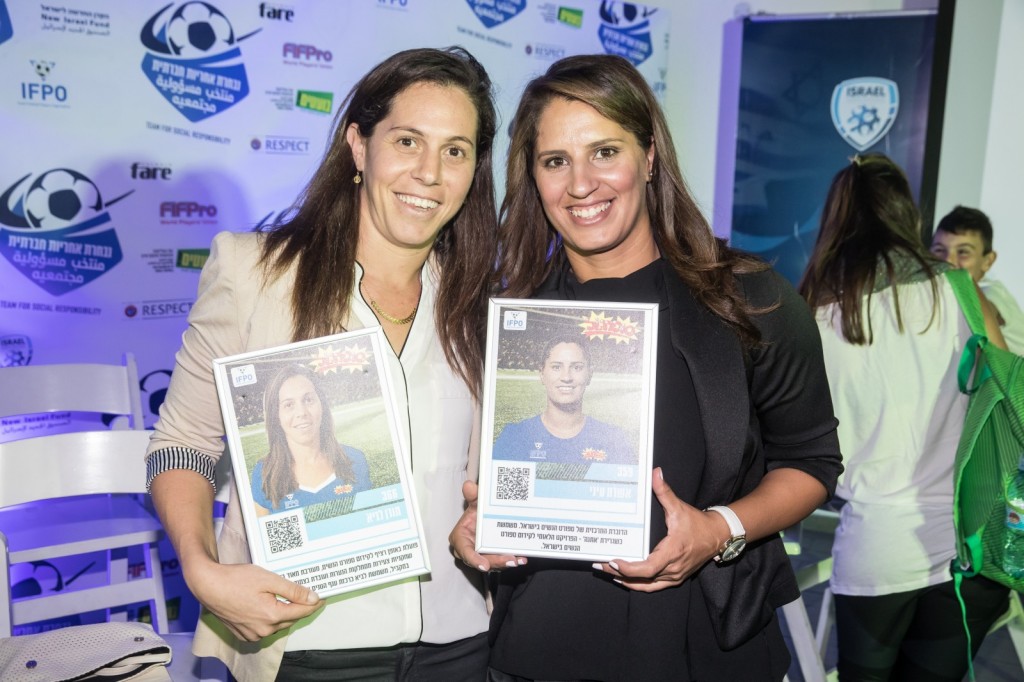 The World Cup finals are taking place in Russia this month and Israelis are glued to their TV screens each evening watching it in larger numbers than ever. But at the start of the World Cup, the KAN Israel Public Broadcasting Corporation presented exclusively male panels of experts to analyze and discuss the matches. There were occasional female guests who presented non-essential additions such as prepared data or human-interest interviews with fans.

NIF’s Kick It Out Israel campaign to fight racism, sexism, and homophobia in soccer set out to change this gender bias with a social media campaign, cooperation with the Israel Women’s Network (IWN), and public pressure from the female soccer players on NIF’s Team for Social Responsibility.

NIF also republished a survey conducted earlier this year for International Women’s Day, which found that 67% of women were interested in professional soccer – a statistic that greatly strengthened this campaign.

Michal Ravitz, a former player on Israel’s women’s national team wrote an op-ed on Ynet called, “Why have women disappeared from the World Cup studio.” She cited further data from NIF survey, “With the start of the World Cup broadcasts, it bothered me that there were no women in the studio. This is the summer of 2018.”

Following this op-ed, NIF grantee IWN Managing Director Michal Gera Margaliot wrote an open letter to the CEO of KAN protesting the absence of women in World Cup broadcasts. “Many women have an impressive familiarity with sport in general and the World Cup in particular. Israel’s public broadcasting channel is committed to values of equality and the blatant absence of women in the World Cup studio contradicts these public broadcasting values.”

Since the start of this campaign, there have been women on the studio panel with some games even featuring two women experts. NIF will continue this campaign into the new Israeli soccer season to ensure that broadcasts feature women experts commenting on matches.