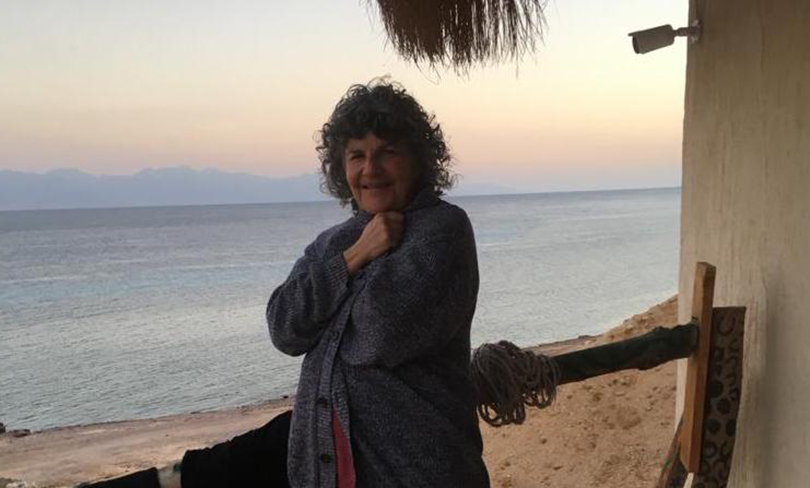 This is my last piece for NIF News and I’m going to sorely miss telling you about Shatil’s amazing work. I began writing the Shatil pieces in NIF News in 2006, after 20 years as a freelance journalist. Feeling the need to work in a team, I got a job in Shatil’s development department, where I wrote proposals, reports, PR pieces, and the Shatil parts of this newsletter.

And did I find a team at Shatil! Smart, dedicated, creative committed people who have an impact on individual people’s lives, on the social change movement and on Israel as a whole. As Rinat Butbul, a Shatil Porter Environment Fellow, once told me in an interview:

“Over and over in my research, I come across Shatil and how much it contributes to social change. The individual is not always aware of Shatil’s actions, but Shatil influences the life of every citizen in Israel.”

On my first day, I was thrown right into the water. Then-Development Director Naomi Schacter told me that that day was the deadline for a Shatil piece for this very newsletter and asked me to write it. So I sat scribbling notes opposite Shatil advocacy expert Shmulik David, a real sweetie who patiently took me step-by-step through Shatil spearheading opposition to the forcible evacuation of 40,000 Bedouin from unrecognized villages in the Negev.

Over my nearly 15 years at Shatil, I’ve had the privilege of writing more than 500 news pieces about Shatil’s impactful work. I got to witness and write about Shatil receiving honors from the UN, from Israel’s leading publications, from the Knesset and government ministries. I was there when the Dalai Lama addressed Israel’s social change community as a Shatil-sponsored event.

I got to cheer along with you when Shatil won victories in public housing, direct employment, free public preschool education, banning the exclusion of women from the public sphere, reducing wage gaps between women and men, the life-changing achievements of Shatil’s northern health forum including the building of north’s first outpatient rehabilitation center, a government pledge of NIS934 million for health improvements in the North, and the opening of a life-saving radiotherapy center in Tzfat, and so many more.

My favorite pieces covered projects such as “Back from the Edge,” which was a major project to help teen immigrants from the Former Soviet Union and Ethiopia in five towns stay in school; the guidance and training Shatil provided to a group of Ethiopian-Israeli women determined to put an end to domestic violence; and a years-long empowerment project for Bedouin women.

It’s no surprise to me that my favorite Shatil projects had to do with minority populations. I come from an ethnic minority myself and studied cultural anthropology in college. I’ve always felt at home in other cultures.

When I asked Naomi Paiss, then-NIF Communications Director, for advice about how to best write these news stories, she emailed me nine memorable words: “Shorter is better than longer and people are better than process.”

So whenever I could, I wrote about Shatil’s achievements through the stories of people who were empowered or helped by Shatil or whose lives or activism were improved through contact with Shatil. That’s how you, dear readers, got to know such passionate activists as:

A big thank you first of all to you, our readers, partners, and supporters, who take the time to keep updated about NIF and Shatil’s work in Israel and who make this work possible. Our accomplishments are your accomplishments.

This isn’t the end of the road for me with NIF and Shatil. I plan to keep supporting, together with you, this vital work and to find ways to continue to be involved. I’m turning my attention to revising a memoir about growing up in LA in my weird Bukharian family, to my neglected blog, to other types of personal writing, to my work as a RIE ® mindful parenting teacher, and to climate activism.

Wishing you health, happiness and continued involvement in the struggle for a more just, democratic, and shared Israel.

I hope our paths will cross again,
Ruth