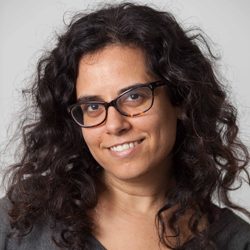 Gearing Up for Knesset’s Winter Session

Meet Idit Menashe, the new head of SHATIL’s Centre for Policy Change (CPC) and resident Knesset expert. Before coming to the Centre, Idit had a five-year stint as Knesset assistant to Meretz MKs Ran Cohen and Nitzan Horovitz. “I wanted to take the knowledge and experience I had gained in the Knesset and give it back to civil society,” she said.

As head of the Centre for Policy Change, Idit will lead efforts to strengthen relationships with the media and a broad range of decision-makers in order to advance democracy and promote social justice and a shared society. As she enters her first Knesset session as Director of the CPC, she shared her thoughts on goals and priorities.

The Knesset Winter session, which opened on October 27th, presents an array of both threats and opportunities. Here’s what Idit laid out for us:

“The Centre for Policy Change will continue its work to combat anti-democratic bills and strengthen democratic processes. We anticipate a number of bills that seek to weaken the status and authority of the High Court of Justice. One proposed bill would allow the Knesset, with the support of just 61 MKs, to override decisions by Israel’s High Court. Another bill may be submitted, in the form of a Basic Law, which would possibly elevate Israel’s Jewish nature above its democratic character. We will remain vigilant against this and other bills that could discriminate against non-Jewish citizens of Israel, threaten the democratic process, freedom of speech and freedom of association.”

“The explosion of youth violence and racism this past summer was painful to watch. SHATIL is coordinating efforts to achieve long-term progress in developing and implementing a comprehensive anti-racism curriculum in the school system. During this Knesset session, the centre for Policy Change will work with other civil-society organisations to advocate for adoption of the 2009 Salomon-Issawi Committee report, which called for the implementation of an extensive anti-racism and pro-shared society curriculum in the school system.”

“We seek to influence the final composition of the 2015 national budget, which has yet to pass in the Knesset, to ensure that it does not cut needed social services affecting the country’s most marginalised communities. Furthermore, we are concerned that the increased defence spending due to last summer’s war will be used as an excuse to cut social spending and halt important reforms or multi-year plans, including ones aimed at combating poverty, strengthening public health services, and dealing with the ever-rising housing costs.”

“We recognise opportunities as we seek to promote socially-oriented legislative changes. The declining popularity of Finance Minister Yair Lapid, and his need for public approval, may be conducive to these changes. One focus is making public housing more accessible; the centre for Policy Change, together with the SHATIL-led Forum for Public Housing, will leverage its resources to advocate on the national level for more inclusive criteria.

“We intend to press leading members within the governing coalition, including some on the right, to translate their messages of support on specific social-welfare issues into action. Working with the Coalition for Direct Employment, we will continue to promote a gradual shift toward direct employment and away from contract jobs in government offices, local authorities, and schools. Today, many contract workers do not get basic social benefits, receive lower salaries than their directly employed colleagues, and can easily be fired.

“This winter’s session is likely to be complicated and stormy. Though elections are not yet on the horizon, the parties will be jostling one another in an attempt to gain partisan advantage. We will be there to make sure that what comes out of the melee will benefit all of Israel’s residents.”