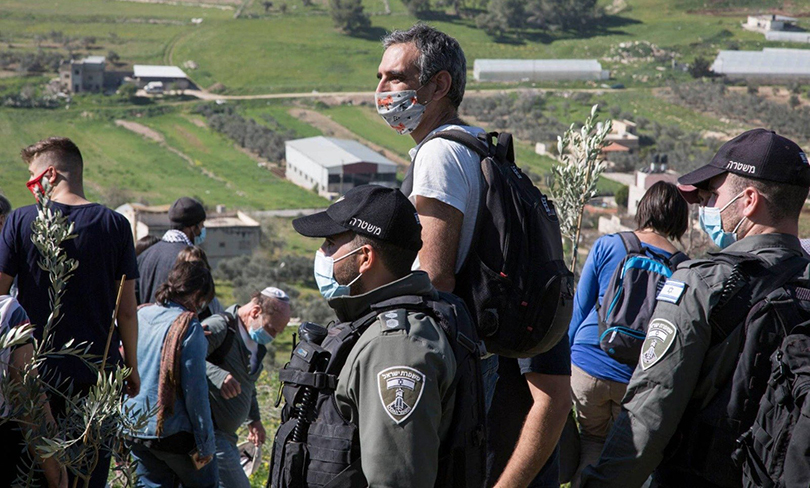 In a moving, inter-faith ceremony earlier this week, 150 Israeli activists from NIF grantees Tag Meir – United Against Racism and Rabbis for Human Rights traveled to the West Bank village of Burin, near Nablus, to plant olive trees, as an expression of solidarity with the Palestinian farmers who have faced growing violence and vandalism by Jewish settlers who have uprooted trees in the village’s olive groves.

The delegation brought 200 olive tree saplings, half of which participants planted themselves and half of which were planted by the local farmers. The interfaith ceremony was led by Rabbi Nava Hefetz, Director of Education at Rabbis for Human Rights, who works with Israeli communities to expose them to the realities of the occupation.