“Strong Israel may be a Fortress, But it is not yet a Home” 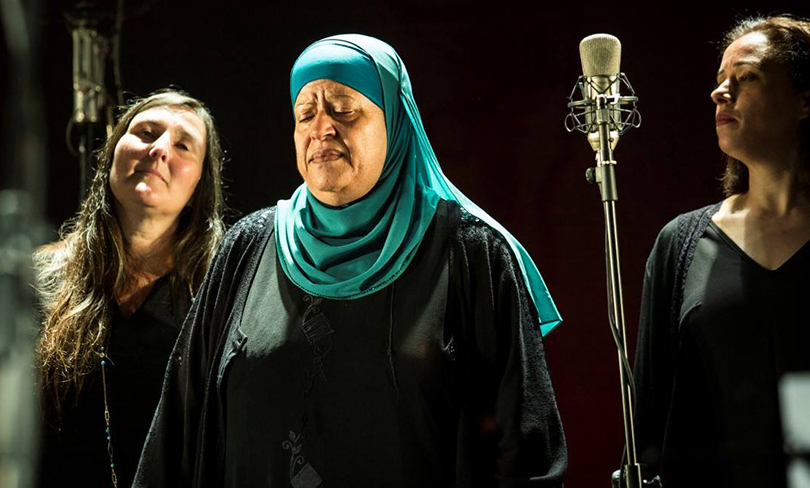 “Israel was established so that the Jewish people, who have nearly never felt at-home-in-the-world, would finally have a home. And now, 70 years later, strong Israel may be a fortress, but it is not yet a home.

“The solution to the great complexity of Israeli-Palestinian relations can be summed up in one short formula: if the Palestinians don’t have a home, the Israelis won’t have a home either. The opposite is also true: if Israel will not be a home, then neither will Palestine.”

So said renowned Israeli author David Grossman, the last bereaved speaker at the largest-ever annual Israeli-Palestinian Memorial service held last week on the eve of Israel’s Memorial Day. It was held on a chilly night in HaYarkon Park in Tel Aviv. Seven thousand people sat and listened so quietly as Grossman spoke that the angry shouts of right-wing protesters outside the event were somewhat audible.

No one in the audience seemed bothered that the event, sponsored by NIF grantee Parents Circle – Families Forum along with Combatants for Peace, had sparked much controversy in the days leading up to Memorial Day: First, a municipal hall in Holon reneged on its agreement to host the event. Then, Defense Minister Avigdor Liberman refused entry permits to the 110 Palestinians from the occupied territories invited to attend, saying that the planned event was in “bad taste.” His failure to offer a security rationale, however, prompted the High Court to void his decision. Nevertheless, military authorities waited until the last minute to sign permits, meaning that only some Palestinians from the territories could attend the ceremony.

There were a range of perspectives represented at the ceremony. Amal Abu Sa’ad, whose husband Yaqoub Mousa Abu al-Qia’an was shot dead by Israeli police in the Negev Bedouin village of Umm al-Hiran a year ago, spoke in both Hebrew and Arabic about her trio of identities as a Bedouin, as a Palestinian, and as an Israeli citizen. She gave a moving account of her life – she has an advanced medical degree and works in an Israeli hospital – that contrasted with her somber account of her husband’s death. She concluded that in its successful attempt to destroy her village and replace it with a new Jewish town, the government is telling her and her fellow Bedouin that they are not wanted.

Speaker after speaker spoke of their losses – a son lost to Israeli fire at a checkpoint, a father lost to a terror attack during the Second Intifada. The common theme was that the only way to make sense of these losses, and to give them meaning, is to begin to acknowledge each other’s narrative, and build a path to peace from grief and mourning. The New Israel Fund contributed an emergency grant to help support the ceremony when it became clear that attendance would far exceed expectations.

Grossman, whose son Uri was killed in the Second Lebanon War 12 years ago, received a standing ovation. He said, “I know that within the pain there is also breath, creation, doing good. That grief does not isolate but also connects and strengthens. Here, even old enemies — Israelis and Palestinians — can connect with each other out of grief, and even because of it.”